Gendered Stereotypes Can Penalize Women for Having Good Grades 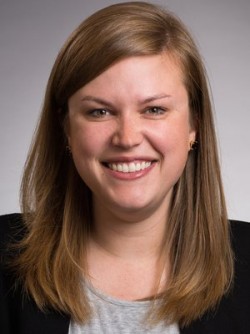 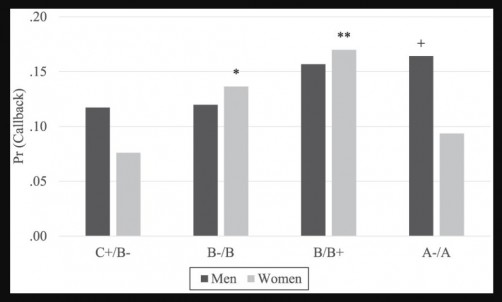 Gendered Stereotypes Can Penalize Women for Having Good Grades

A first-of-its-kind study of recent college graduates’ academic performance and their transition to the workforce finds that GPA matters little for men, and a high GPA can hurt women job applicants' chances of getting a call back from an employer.

Washington, DC--Despite generally earning better grades than their male counterparts, women do not benefit from their superior academics to the same degree as men when attempting to enter the labor market. In fact, high academic achievement women in fields stereotypically associated with higher male competence experience a likability penalty in the labor market, according to two interrelated experimental studies described in an article published in the April 2018 issue of the American Sociological Review

“With the first study, I sought to determine whether men and women college graduates receive equal job placement-related ‘pay-offs’ for equivalent levels of academic accomplishment,” said Natasha Quadlin, author of the study and assistant professor of sociology at The Ohio State University.

Specifically, Quadlin conducted an audit study by submitting 2,106 job applications that manipulated applicants’ GPA, gender, and college major.  She found that while GPA mattered little for male applicants, female applicants benefited from moderate achievement but not from high achievement.

“The two interrelated studies help to understand how the academic performance of men and women affects their respective chances of advancing to the interview stage. A survey of potential employers made clear why employers make the hiring decisions they do,” said Quadlin.

"Although universities have designed many programs to increase women’s enrollment in STEM, these findings imply that STEM achievement is unlikely to help women advance in the labor market as long as employers continue to penalize this group," said Quadlin. "Over time, we might expect these penalties to diminish as more women enter and succeed in STEM majors.

“This standard helps moderate-achieving women, who are often perceived as sociable and outgoing, but hurts high-achieving women, whose personalities are viewed more skeptically,” said Quadlin.  She suggested that achievement evokes gender-associated stereotypes “that penalize women for having good grades, creating unequal returns to academic performance at labor market entry.”

Quadlin's research helps determine whether academic performance pays off for women once they leave school, and whether high academic achievement improves entry-level outcomes in the school-to-work transition.

"My research demonstrates the many and varied penalties high-achieving women face in the entry-level labor market, as well as the gendered stereotypes that allow these penalties to persist," said Quadlin. "Although women have made many advances in higher education, further change is needed for women to make comparable advances at work."

The article, “The Mark of a Woman’s Record: Gender and Academic Performance in Hiring,” is available by request for members of the media. For a copy of the full study, contact Johanna Olexy, ASA Senior Communications Associate, at (202) 247-9873 or [email protected].