Gene editing on human embryos may not be as unethical as you think, says author and law/bioethics professor 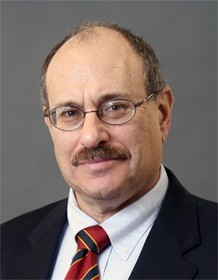 Prior to joining the Case Western Reserve faculty in 1984, Mehlman practiced law with Arnold & Porter in Washington, D.C., where he specialized in federal regulation of health care and medical technology. He is the co-author of "Access to the Genome: The Challenge to Equality;" co-editor, with Tom Murray, of the "Encyclopedia of Ethical, Legal and Policy Issues in Biotechnology; co-author of Genetics: Ethics, Law and Policy," the first casebook on genetics and law, now in its fourth edition; and author of "Wondergenes: Genetic Enhancement and the Future of Society," published in 2003 by the Indiana University Press; "The Price of Perfection: Individualism and Society in the Era of Biomedical Enhancement," published in 2009 by the Johns Hopkins University Press; and "Transhumanist Dreams and Dystopian Nightmares: The Promise and Peril of genetic Engineering," published in 2012 by the Johns Hopkins University Press.

He received his JD from Yale Law School in 1975, and holds two bachelors degrees, one from Reed College and one from Oxford University, which he attended as a Rhodes Scholar.

Interviews can be arranged at an on-campus television studio (transmission via VYVX HD loop), by digital tape sync for audio, in-person or by phone.