Gene Therapy Expert to Join The Children's Hospital of Philadelphia 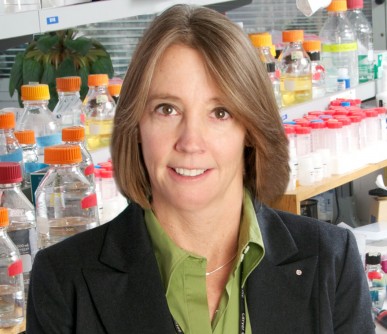 Newswise — Philadelphia, April 1, 2014 –Beverly L. Davidson, Ph.D., a nationally prominent expert in gene therapy, is joining The Children’s Hospital of Philadelphia (CHOP) today. Dr. Davidson, who investigates gene therapy for neurodegenerative diseases, arrives from the Center for Gene Therapy at the University of Iowa. She served as associate director at that Center, as well as director of the Gene Therapy Vector Core, and held the Roy J. Carver Biomedical Research Chair in Internal Medicine at the University. She also was Vice Chair of the Department of Internal Medicine and was a Professor in Internal Medicine, Neurology, and Physiology & Biophysics.

She has been named to the Arthur V. Meigs Chair in Pediatrics at CHOP and will join the hospital’s Department of Pathology and Laboratory Medicine. “We heartily welcome Dr. Davidson to our hospital, and are excited that she has chosen to continue her groundbreaking gene therapy research here,” said Robert W. Doms, M.D., Ph.D., pathologist-in-chief at The Children’s Hospital of Philadelphia. “She will greatly enhance our abilities to translate important biological discoveries into pioneering treatments for deadly diseases.”

Dr. Davidson has concentrated on inherited genetic diseases that attack the central nervous system, with a particular focus on childhood-onset neurodegenerative diseases such as Batten disease and similar diseases called lysosomal storage disorders. In these disorders, the lack of an enzyme impairs lysosomes, proteins that perform crucial roles in removing unwanted by-products of cellular metabolism. Toxic waste products then accumulate in the brain and cause progressively severe brain damage.

Dr. Davidson has studied the cell biology and biochemistry of these disorders, and has developed novel methods to deliver therapeutic genes to the central nervous system. Her laboratory team has succeeded in reversing neurological deficits in small and large animal models of disease, and is working to advance this approach to treating human diseases.

In addition to lysosomal storage disorders, she has studied other inherited neurological diseases such as Huntington’s disease and spino-cerebellar ataxia. In these studies, she has delivered forms of RNA to the brains of animals to silence the activity of disease-causing genes. She also is collaborating with scientists at Massachusetts General Hospital in animal studies of Alzheimer’s disease.

Although much of Dr. Davidson’s research has centered on delivering beneficial genes to the central nervous system, the viral vectors that she has developed are applicable to other organs and tissues—for example, in gene therapy directed to the lungs or the liver.

Dr. Davidson, who received her Ph.D. in biological chemistry from the University of Michigan and served on the faculty of that institution, is joining the Perelman School of Medicine at the University of Pennsylvania.

Dr. Davidson has served as a board member and treasurer of the American Society for Cell and Gene Therapy, is currently on the Scientific Advisory Board of the Hereditary Disease Foundation, and is Chair of Medical Sciences of the American Association of the Advancement of Science. She also serves on a National Institutes of Health (NIH) review group on translational approaches for human diseases.

She is a principal investigator of over a dozen grants from the NIH and various foundations, has contributed hundreds of publications to the scientific literature, and serves on the editorial boards of Molecular Therapy and Human Molecular Genetics, in addition to past roles on other editorial boards.