People in the U.S. don’t always know their village or island of origin—but now they can 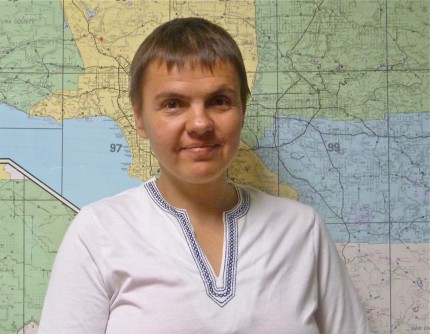 Newswise — Biogeographical data is useful in screening for disease risk and drug sensitivity associated with certain ethnic groups. A team of researchers, including an investigator from Children’s Hospital Los Angeles, has developed a tool to accurately identify the biogeography of worldwide individuals. Previous tools were accurate in identifying place of origin within homogeneous European populations but highly inaccurate for places with significant immigration, such as the U.S.

Tatiana Tatarinova, PhD, of The Saban Research Institute of Children’s Hospital Los Angeles, Eran Elhaik, PhD, of the University of Sheffield and colleagues developed an admixture-based Geographic Population Structure (GPS) tool that uses genetic distribution and geographical distance to determine place of origin, specifically the country, or in some cases, the village of origin. Their study will be published in the journal Nature Communications on April 29, 2014.

“We were surprised by the simplicity and precision of this method,” said Tatarinova, who is also an associate professor of Research Pediatrics at the Keck School of Medicine of the University of Southern California. “People in a given geographical area are more likely to have similar genetics. When they also have genetic traits typically found in other, distant regions, the geographical origin of those traits is generally the closest location where those traits can be found.”

Using a database of worldwide populations, the investigators developed a dataset of reference populations that are genetically diverse and have been geographically localized for centuries. With the GPS tool, the investigators were able to take unknown samples, identify the proportions of admixture--meaning, genetic characteristics specific to certain ethnic groups that were combined because of events like migration or invasion--and then calculate the distance to the nearest known population that shares the same admixture signature, in order to identify place of origin.

GPS was found to be both sensitive and specific. For example, in admixed populations such as Kuwaitis, it identified the countries of origin (Saudi Arabia and Iran), not just their current location. In the case of Sardinians, it placed a quarter of them within their villages. “We expect the incredible abilities of GPS to become useful in forensics, allowing us to help lost people find their way home,” says Elhaik.

According to the researchers, in ethnically diverse regions like the U.S., where many people know only a few generations of their descendants, this kind of screening has important medical implications. Discovery of a certain genotype might indicate the potential for a genetic disease and suggest that diagnostic testing be done. Also, as scientists learn more about personalized medicine, there is evidence that specific genotypes respond differently to medications—making this information potentially useful when selecting the most effective therapy and appropriate dosing. The investigators are currently designing a study to correlate pharmacokinetics, the time course of drug metabolism, with genotype.

Genetic diseases are not the only driving force behind the development of GPS, according to Tatarinova. With a growing interest in the field of genealogy, more and more individuals are seeking information on their ancestral roots. Tatarinova has developed the website www.prosapia.org to allow anyone who previously obtained a DNA genotype to use the GPS tool to find their country or even village of origin.