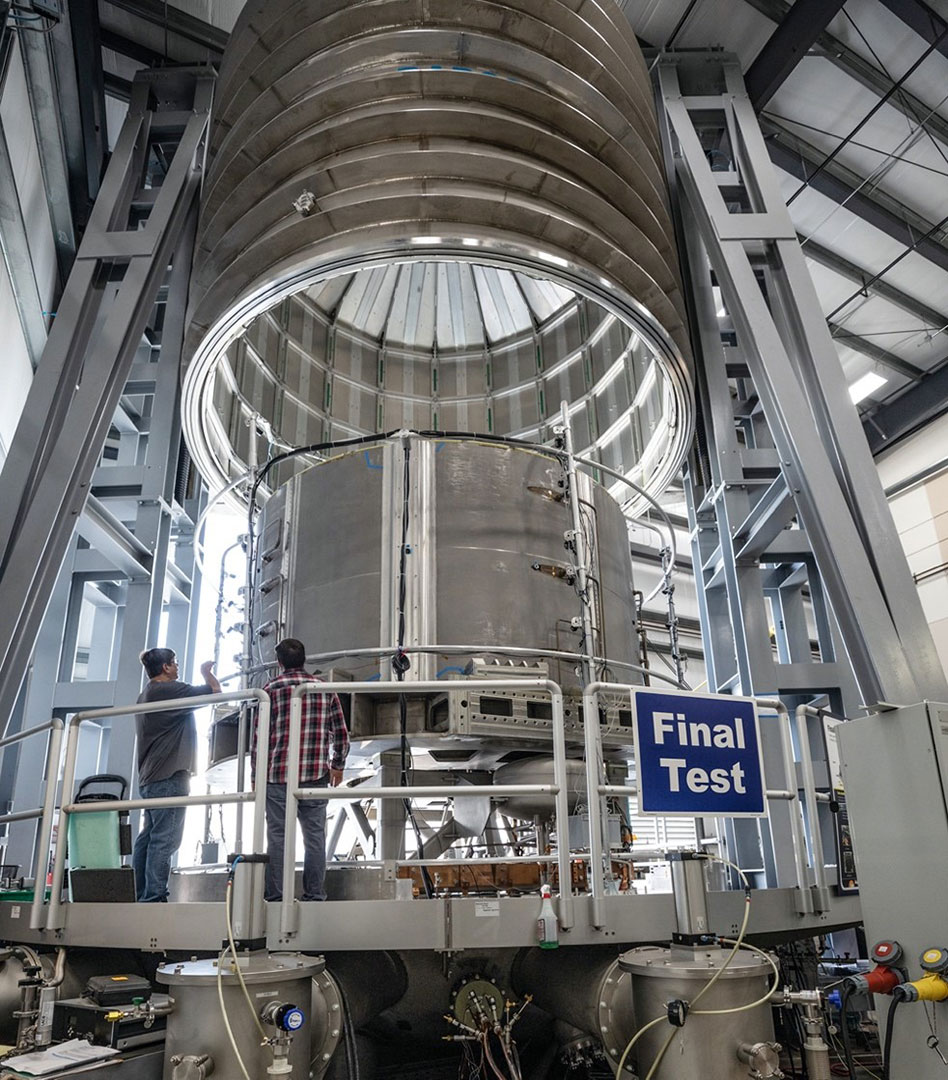 After nearly two years of challenging tests, the first ITER Central Solenoid module is ready for shipment to the ITER site in France.

Newswise — After nearly five years of fabrication and a battery of rigorous testing and troubleshooting, General Atomics (GA) has completed the first major milestone in one of the United States’ largest contributions to the ITER fusion project in France. The first module of the ITER Central Solenoid will join six others still in fabrication to make up the largest pulsed superconducting magnet in the world. The Central Solenoid will play a critical role in ITER’s mission to establish fusion as a practical, safe and nearly inexhaustible source of clean, abundant and carbon-free electricity.

The first module of the Central Solenoid was built at GA’s Magnet Technologies Center in Poway, Calif., under the direction of the US ITER project, managed by Oak Ridge National Laboratory (ORNL). It will be shipped to France later this year, where ITER construction is more than 70 percent complete. When completed, the 1,000-ton, 59-foot-tall Central Solenoid will sit in the heart of the fusion device, driving 15 million amperes of current through ITER’s plasma to heat and stabilize the fusion reaction. ITER is on schedule to begin first plasma operations in 2025.

“The Central Solenoid ranks among the largest, most complex and demanding magnet programs ever undertaken,” said John Smith, GA’s Director of Engineering and Projects. “I think I speak for the entire team when I say this is the most important and significant project of our careers. We have all felt the responsibility of working on a job that has the potential to literally change the world. This is a significant achievement for the GA team and US ITER.”

Fabrication of the first module began in 2015, preceded by almost four years of collaboration with experts at US ITER to design the process and tools for fabricating the modules. Each 14-foot-diameter, 250,000-pound module requires more than two years of precision fabrication and is composed of more than three miles of niobium-tin superconducting cable.

The module was subjected to a series of demanding tests during and after its production, placing it in extreme conditions similar to what it will experience during ITER operation, including near-complete vacuum and cryogenic temperatures required for the magnet to become superconducting (4.5 Kelvin, about -450 degrees Fahrenheit or -270 degrees Celsius).

As might be expected for such a highly complex, first-of-its-kind device, GA engineers and technicians encountered and overcame a number of challenges during two years of testing to ensure the module could do its critical job as part of ITER. Working with experts at ORNL and other organizations, the engineers developed several key design changes to complete the testing successfully.

Lessons learned on the first Central Solenoid module have been applied to the fabrication of the subsequent six coils, one of which will serve as a spare. The second module is now undergoing its own battery of tests, and it is expected to be shipped to ITER soon after the first one departs for France this summer.

“When you are on the cutting edge of technology and designing first-of-a-kind devices like this, you’re inevitably going to run into unforeseen issues,” Smith said. “We knew this was a possibility and allowed for it. The project is on schedule, and the module has now passed a series of extremely demanding tests, so we know it will perform as intended.”

The Central Solenoid is one of the most important U.S. contributions to ITER. Like the 34 other nations involved in the project, the U.S. is making much of its initial contribution in the form of components that are manufactured here and shipped to France. This allows member countries to support domestic manufacturing, create high-tech jobs and develop new capabilities in private industry.

The U.S. is contributing about nine percent of the construction costs for ITER, but it will have access to 100 percent of the data and intellectual property from the massive experiment. That data will be critical for the U.S. fusion program, which last month unified behind a strategic plan that calls for capitalizing on ITER’s knowledge to build a fusion pilot plant in the 2040s.

“For those of us who have dedicated our careers to fusion research, this is undeniably an exciting moment,” said Tony Taylor, GA’s vice president for magnetic fusion energy. “When that module leaves for its trip to France, we will all be able to take pride in a very significant contribution on the road to fusion energy.”

About General Atomics: Since the dawn of the atomic age, General Atomics innovations have advanced the state of the art across the full spectrum of science and technology – from nuclear energy and defense to medicine and high-performance computing. Behind a talented global team of scientists, engineers, and professionals, GA’s unique experience and capabilities continue to deliver safe, sustainable, economical, and innovative solutions to meet growing global demands.