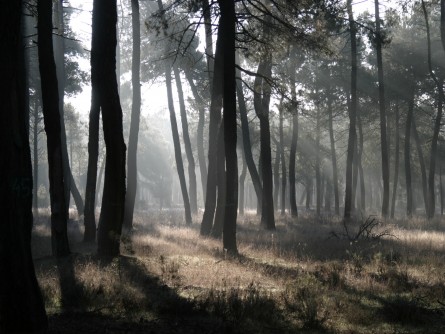 Maritime pine forest in the Castilian Plateau, central Spain. Maritime pine forests support a great diversity of associated fauna and flora, in particular in the Mediterranean region where they grow within an intensively humanized agricultural landscape. 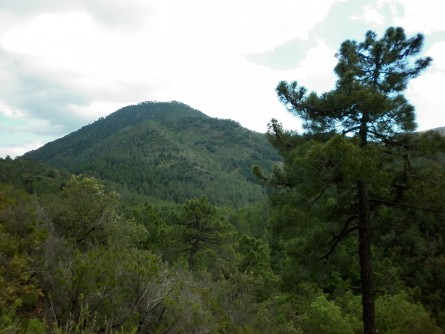 Maritime pine forest in Serra Calderona, eastern Spain. Typical Mediterranean forests as the one pictured here are under severe risk due to summer droughts and wildfire. It is expected that extinction risk of this valuable ecosystem will increase due to climate change. 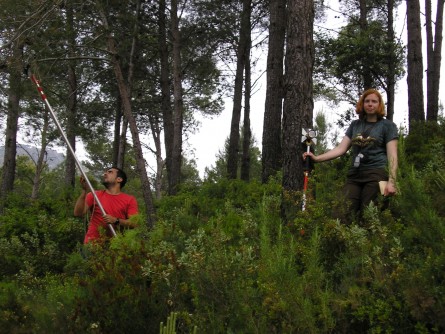 Newswise — Data from only a small number of gene variants can predict which maritime pine trees are most vulnerable to climate change, scientists report in the March issue of GENETICS. The results will improve computer models designed to forecast where forests will grow as the climate changes, and promises to help forestry managers decide where to focus reforestation efforts. The results will also guide the choice of tree stocks.

The maritime pine (Pinus pinaster) grows widely in southwestern Europe and parts of northern Africa. But the tree's important economic value and ecological roles in the region may be at risk as the changing climate threatens the more vulnerable forests and the productivity of commercial plantations.

To predict which regions will sustain pine forests in the future, researchers and managers rely on computer models. But these forecasts don't take into account two major factors that influence a forest's fate: genetics and evolution. Genetic differences between tree populations mean that forests vary in how well they cope with warmer, drier conditions. Ongoing evolution of trees also influences the prevalence of these genetic differences; for example, trees with gene variants allowing them to withstand higher temperatures will become increasingly common as the climate changes.

"These genetic effects are not included in forest range shift models, but we know they can completely change the resulting predictions. Our goal was to identify such effects in a way that can be readily incorporated into the forecasts," said study leader Santiago González-Martínez, from the Forest Research Centre of Spain's Institute for Agricultural Research (CIFOR-INIA).

To find genetic variants that affect the species’ fitness in different climate conditions, maritime pine researchers from around the world pooled their expertise and the results of previous research, yielding a list of more than 300 variants in 200 candidate genes. Creating a shortlist of targets is considerably faster and more economical than searching the entire genome of the maritime pine, which is about nine times larger than the human genome.

From this list, the team tested whether any of the candidates were more common in regions that shared similar climates. Such geographic patterns can be the result of natural selection and point to gene variants that influence tree survival and reproduction according to climate. By testing the frequency of each variant at 36 locations in Portugal, Spain, France, Morocco, and Tunisia, the researchers found 18 variants that showed correlations with the local climate. These variants affected genes involved in many different biological processes, including growth and response to heat stress.

The researchers then looked for evidence that these variants are important for the trees’ fitness by planting seedlings from 19 of the locations together in a dry part of Spain, at the extreme end of the species' climatic range. This allowed the team to compare how well genetically different trees would survive under similar conditions. After five years, the seedlings carrying gene variants predicted to be beneficial in the local climate indeed tended to have higher survival rates.

These results demonstrate the feasibility of this relatively fast approach of finding and confirming genetic variants associated with climate. "Now that we have shown that the method works well, we are planning similar experiments on a bigger scale, with more test sites, looking at more genes, and different traits. For example, the single biggest climate change threat to pine forests is the increased frequency of wildfires, so we're searching for variants that affect fire tolerance," said González-Martínez. 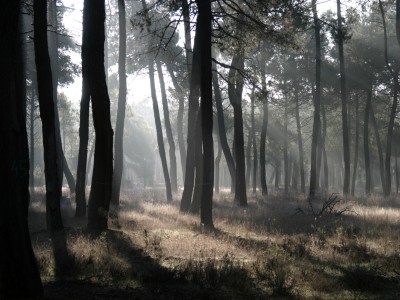 Caption: Maritime pine forest in the Castilian Plateau, central Spain. Maritime pine forests support a great diversity of associated fauna and flora, in particular in the Mediterranean region where they grow within an intensively humanized agricultural landscape. 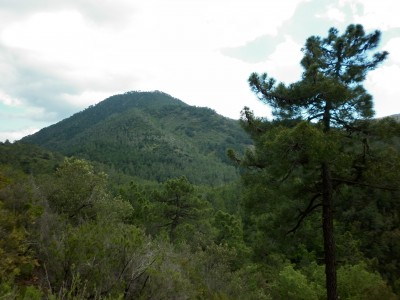 Caption: Maritime pine forest in Serra Calderona, eastern Spain. Typical Mediterranean forests as the one pictured here are under severe risk due to summer droughts and wildfire. It is expected that extinction risk of this valuable ecosystem will increase due to climate change. 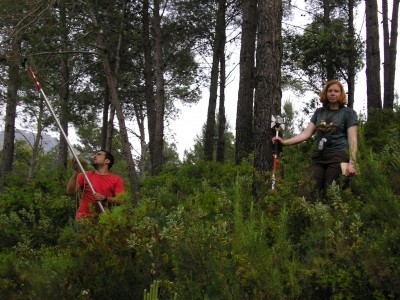