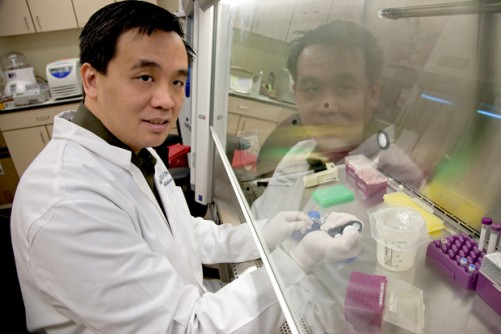 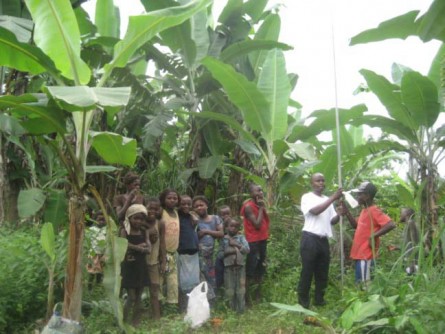 Collecting samples in the Jungles of Boma in 2009 after the outbreak. 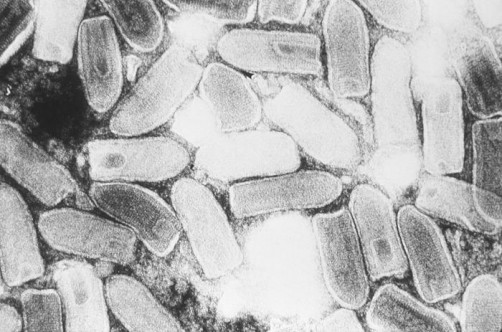 Global Research Effort Identifies ‘Bas-Congo’ Virus as the Cause of Small, Isolated Outbreak in 2009

Newswise — An isolated outbreak of a deadly disease known as acute hemorrhagic fever, which killed two people and left one gravely ill in the Democratic Republic of Congo in the summer of 2009, was probably caused by a novel virus scientists have never seen before.

Described this week in the open-access journal PLoS Pathogens, the new microbe has been named Bas-Congo virus (BASV) after the province in the southwest corner of the Congo where the three people lived.

It was discovered by an international research consortium that included the University of California, San Francisco (UCSF) and University of California, Davis (UCD), Global Viral, the Centre International de Recherches Médicales de Franceville in Gabon, the Institut National de Recherche Biomédicale, Kinshasa in the Democratic Republic of the Congo, Metabiota and others.

“Known viruses, such as Ebola, HIV and influenza, represent just the tip of the microbial iceberg,” said Joseph Fair, PhD, a co-author and vice president of Metabiota. “Identifying deadly unknown viruses, such as Bas-Congo virus, gives us a leg up in controlling future outbreaks.”

“These are the only three cases known to have occurred, although there could be additional outbreaks from this virus in the future,” said Charles Chiu, MD, PhD, an assistant professor of laboratory medicine at UCSF and director of the UCSF-Abbott Viral Diagnostics and Discovery Center, who spearheaded the UCSF effort to identify the virus. Chiu and his team continue to work on new diagnostics to detect the virus so that health officials in Congo and elsewhere can quickly identify it should it emerge again.

One odd characteristic of the Bas-Congo virus, Chiu said, is that while a number of other viruses in Africa also cause deadly outbreaks of acute hemorrhagic fever—Ebola virus, Lassa virus and Crimean-Congo Hemorrhagic Fever virus to name a few —the new virus is unlike any of them.

Genetically it is more closely related to the types of viruses that cause rabies, which are known to infect people with a very different sort of disease—a neurological illness that is uniformly fatal if untreated but may take months to develop.

An antibody test developed in this study was applied to the one patient who survived and to others who had come into contact with him. It suggested that the disease may be spread from person to person but likely originated from some other source, such as an insect or rodent.

The identity of this animal “reservoir” and the precise mode of transmission for the virus remain unclear and are currently being investigated by Metabiota and the central African members of the consortium through the PREDICT Project of USAID’s Emerging Pandemic Threats Program. (http://www.vetmed.ucdavis.edu/ohi/predict/index.cfm)

How the New Virus EmergedIn the summer of 2009, a 15-year old boy in a small rural community called Mangala village suddenly fell ill and developed a bleeding nose, bleeding gums and bloody vomit. He rapidly worsened, dying within three days of the first signs of illness.

A week later, a 13-year old girl who attended the same school and lived in the same neighborhood as the boy came down with a similar, serious illness. She declined just as rapidly and also died within three days. One week after that, the male nurse who cared for this girl began showing the same symptoms, and he was transferred to a hospital in Boma, a nearby port city that sits along the Congo River upstream from Africa’s Atlantic coast.

Members of the consortium, who had initiated a project to diagnose unusual cases of severe hemorrhagic fever, obtained blood samples collected from the nurse by the Congolese doctors and sent them to the laboratory of Eric Leroy, PhD, doctor of veterinary medicine at the Centre International de Recherches Médicales de Franceville in Gabon. There the samples were tested for traces of any known virus, but nothing was found. The Metabiota scientists then solicited the expertise of Chiu at UCSF and Eric Delwart at the Blood Systems Research Institute (BSRI) in San Francisco to aid in the diagnosis.

The researchers ultimately identified a completely new virus as the cause of the mysterious illness through a powerful strategy for identifying novel pathogens known as “deep sequencing,” in which millions of DNA sequences are generated from a clinical sample and then pieced together using computer algorithms combined with human analysis.

Distinct Attributes of Bas-CongoThe Bas-Congo virus belongs to a family of viruses known as the rhabdoviruses, a large family of viruses that infect plants, insects and mammals, including humans. The most famous member of this family is the virus that causes rabies. But even among the rhabdoviruses, Bas-Congo is something of an outlier, being very genetically distinct from other members of the family.

What’s most unusual about this virus, though, said Chiu, is what it does to people.

The third patient had enormous amounts of BASV in his bloodstream just two days after he fell ill—more than a million copies in every milliliter of blood.

The BASV sequence was also used to design an antibody test for the virus, an effort led by Graham Simmons at the BSRI, another member of the consortium. Antibodies are blood immune proteins produced in response to an infection. The antibody test allowed the researchers to screen both the third patient with acute hemorrhagic fever and other people who had come into contact with the third patient, including the nurse who cared for him in the Boma hospital. High levels of BASV-specific antibodies were found in the third patient, establishing that he indeed had been infected with Bas-Congo virus. The same antibodies were also found in the second nurse, even though he never actually became sick.

“What this suggests is that the disease may be transmissible from person to person—though it’s most likely to have originated from some other source,” said Nathan Wolfe, PhD, founder and chairman of Global Viral, and a co-author on the paper. “The fact that it belongs to a family of viruses known to infect a wide variety of mammals, insects and other animals means that it may perpetually exist in insect or other ‘host’ species and was accidentally passed to humans through insect bites or some other means.”

The contents of this release are the responsibility of the authors and do not necessarily reflect the views of USAID or the United States Government and its agencies. 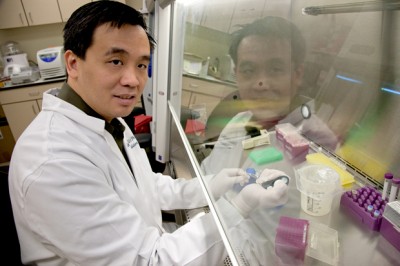 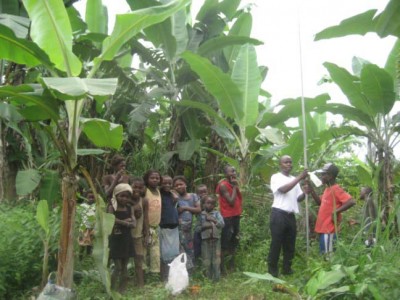 Caption: Collecting samples in the Jungles of Boma in 2009 after the outbreak. 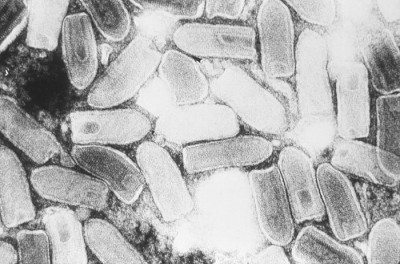