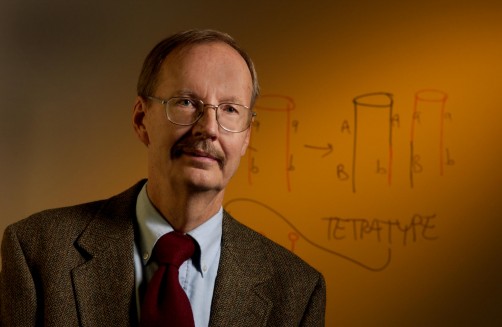 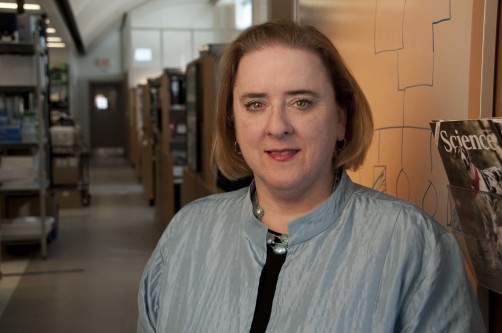 Elaine A. Ostrander, PhD, recipient of the Genetics Society of America Medal 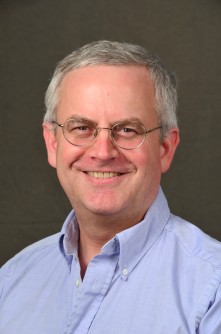 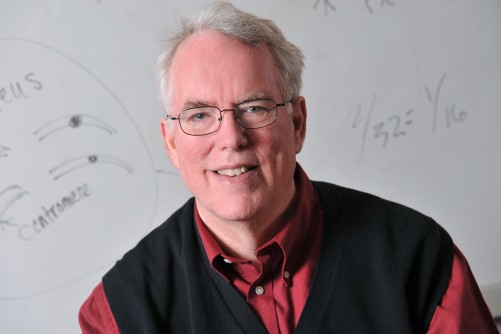 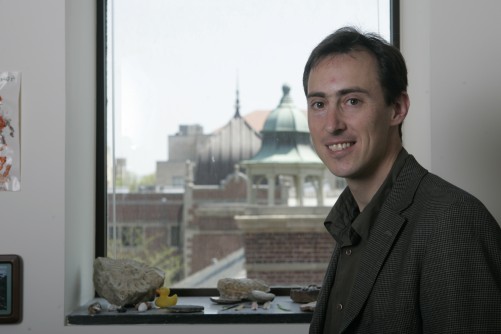 Newswise — BETHESDA, MD -- October 15, 2012 -- The Genetics Society of America (GSA) is pleased to announce its 2013 award recipients. The five individuals honored are recognized by their peers for their outstanding achievements and contributions to the community of geneticists. They will receive their awards at GSA conferences during 2013.

“This year’s award winners are an outstanding group of individuals who have all contributed in such powerful ways to the field of genetics in research, in education, and in fostering the genetics community. The GSA awards provide an opportunity for the genetics community as a whole to say a heartfelt thank you and to recognize those whose impressive achievements have advanced the science of genetics,” said Phil Heiter, PhD, President of GSA.

The recipients of the 2013 GSA Awards are as follows:

• Elaine A. Ostrander, PhD (National Institutes of Health, National Human Genome Research Institute) is awarded the Genetics Society of America Medal for outstanding contributions to the field of genetics in the last 15 years.

• A. Malcolm Campbell, PhD (Davidson College) is awarded the Elizabeth W. Jones Award for Excellence in Education, which recognizes significant and sustained impact in genetics education.

• Jonathan K. Pritchard, PhD (HHMI and University of Chicago) is awarded the Edward Novitski Prize, which recognizes an extraordinary level of creativity and intellectual ingenuity in solving a significant problem in genetics research.Additional information about each of the awards and the recipients’ achievement is listed below. Recipient: Thomas D. Petes, PhD, Duke UniversityAward: The Thomas Hunt Morgan Medal

Dr. Petes is the Minnie Geller Professor in Genetics in the Department of Molecular Genetics and Microbiology at Duke University Medical Center in Durham, NC. He has made seminal research contributions that have furthered the understanding of the mechanisms of DNA damage and repair using the yeast Saccharomyces cerevisiae as a model system. His insights into comprehending genome stability and instability extend far beyond this model system, laying the foundation for much of our knowledge about how human cells replicate, protect, repair and combine their chromosomes. This has provided crucial understanding in identifying the gene defects of the most common form of hereditary colon cancer and in other human diseases.

The Thomas Hunt Morgan Medal is named in honor of Thomas Hunt Morgan (1866–1945), the classical geneticist who was a founder of modern genetics and the 1933 Nobel Prize in Physiology or Medicine recipient for his studies of Drosophila and “the role played by the chromosome in heredity.” The Morgan Medal recognizes genetics researchers whose body of work over their lifetime has substantively added to knowledge in the field and consequently has had great impact on its direction.______________

Dr. Ostrander is Chief of the Cancer Genetics Branch, Head of the Comparative Genetics Section, and NIH Distinguished Investigator at the National Human Genome Research Institute of the National Institutes of Health (NIH) in Bethesda, MD. In addition to her work on human prostate and breast cancers, she is known throughout the scientific community as the world’s foremost authority on canine genomics. She led the effort to sequence the dog genome and has played a principal role in the development of a host of other important canine genomics research tools, which have been used to better understand both human and canine disease susceptibility genes and the genetic architecture underlying mammalian morphological traits. She was the recipient of the Burroughs Wellcome Innovation Award in Functional Genomics (2000-2004) and the Asa Mays Award from the American Kennel Club Canine Health Foundation (2005), and has received recognition from the NIH with the Group Merit Award (2008), the G. Burroughs Mider Lecture (2008) and the Distinguished Investigator Award (2011).

The Genetics Society of America Medal was established by GSA to recognize elegant and highly meaningful contributions to genetics within the previous 15 years of their careers._____________

Dr. Hawley is an American Cancer Society Research Professor and Investigator at the Stowers Institute for Medical Research in Kansas City, MO, and as founding dean of The Graduate School of the Stowers Institute. He is also Professor of Molecular and Integrative Physiology at the University of Kansas School of Medicine. His seminal research contributions, using the model organism Drosophila melanogaster have revealed the function of many of the genes regulating and carrying out meiosis. In addition, he has developed tools, techniques and approaches for studying the chromosomal dynamics of this process.

Beyond his research, Dr. Hawley is an acclaimed teacher, mentor, textbook author, manuscript reviewer, and speaker who is extraordinarily giving of his time and talent to the community of genetics researchers and to the public. Among his many accomplishments, he helped launch the highly successful Gordon Research Conference on Meiosis in 1992, which continues to be held annually.

Dr. Hawley is a long-time, active member of GSA, including service as president (2010) and director (1996–1998) of the Society. He has also held a number of editorial positions for the GSA journal GENETICS and is currently senior editor for the Society’s journal G3: Genes|Genomes|Genetics. In 2008 he received the GSA Excellence in Education Award recognizing his outstanding contribution to teaching and mentoring. He has also been honored by election to the National Academy of Sciences (2011), as a fellow of the American Academy of Arts and Sciences (2006) and the American Association for the Advancement of Science (2001), and as a Searle Scholar (1984).

The George W. Beadle Award honors individuals who have made outstanding contributions to the community of genetics researchers and exemplify the qualities of its namesake, who served as GSA’s president in 1946. Beadle (1903–1989) received the 1958 Nobel Prize in Physiology or Medicine for his work in in discovering that genes act by regulating definite chemical events. He was not only an outstanding researcher but also a leader in the educational and scientific communities serving as president of the University of Chicago (1961–1968) and as a member of numerous influential national and international committees.______________

Recipient: A. Malcolm Campbell, PhD, Davidson CollegeAward: Elizabeth W. Jones Award for Excellence in Education Dr. Campbell describes himself as “primarily a teacher but also a biologist.” This emphasis on pedagogy and science led him to his current position as a Professor of Biology and director of the James G. Martin Genomics Program at Davidson College, a primarily undergraduate institution in Davidson, North Carolina. Dr. Campbell is also a writer and curriculum developer, having co-authored the first true genomics textbook for undergraduates, Genomics, Proteomics and Bioinformatics, and having developed the Genome Consortium for Active Teaching (GCAT). Since it was created in 2000, more than 360 undergraduate faculty have been trained to use the GCAT program, which combines mathematical, computer science and biology skills and knowledge to bring genomics into the undergraduate curriculum. Originally focusing on delivering affordable DNA microarray experiments to students, GCAT now also brings the tools and resources of synthetic biology and next generation sequencing to undergraduates nationwide. These resources have been used by more than 24,000 undergraduate students, who otherwise may have been unable to have this learning experience. Dr. Campbell was previously honored for his contributions to science education by The American Society for Cell Biology’s Bruce Alberts Award for Excellence in Science Education (2006) and the Davidson College Hunter-Hamilton Love of Teaching Award (2008).

The Elizabeth W. Jones Award for Excellence in Education recognizes an individual or group that has had significant, sustained impact on genetics education at any level, from kindergarten through beyond graduate school. This award honors those who have promoted greater exposure to and deeper understanding of genetics. The award was named posthumously in 2008 for Elizabeth W. Jones (1939–2008), a renowned geneticist and educator who was GSA president (1987), editor-in-chief of GSA’s journal GENETICS (1996 – 2008) and the recipient of the first GSA Excellence in Education Award in 2007.______________

Dr. Pritchard is a Howard Hughes Medical Institute investigator and a Professor in the Department of Human Genetics at the University of Chicago. Through collaborative activities, Dr. Pritchard has made contributions to our understanding of the causes and consequences of human molecular variation and adaptation. He and his team analyze genetic data using computational approaches to examine human genetic variation. With his colleagues he developed a model-based clustering approach, now available in a free software package named structure. This computational approach infers population structure and assigns individuals to different genetic populations. This method is now widely used in a range of fields such as human genetics, forensics, and perhaps most widely in molecular ecology and conservation genetics. He was named as both a Packard Fellow and Alfred P. Sloan Fellow in 2004, received the Mitchell Prize from the American Statistical Association and the International Society of Bayesian Analysis in 2002, and featured by Discover as one of the “20 Best Brains Under 40” in 2008.

The Edward Novitski Prize was established by GSA and the Novitski family to honor the memory of Edward Novitski (1918-2006), a Drosophila geneticist and lifelong GSA member, who specialized in chromosome mechanics and elucidating meiosis through the construction of modified chromosomes. The Prize recognizes an extraordinary level of creativity and intellectual ingenuity in the solution of significant problems in genetics research, a scientific achievement that stands out from the body of innovative work and solves a difficult problem in genetics. ______________For more information about each award and for a list of past recipients, please visit the GSA Awards page at www.genetics-gsa.org/pages/awards.shtml. 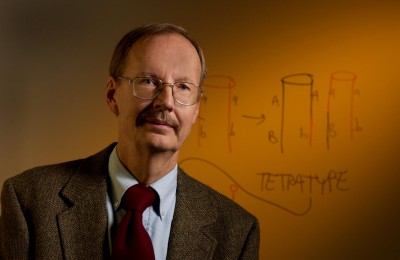 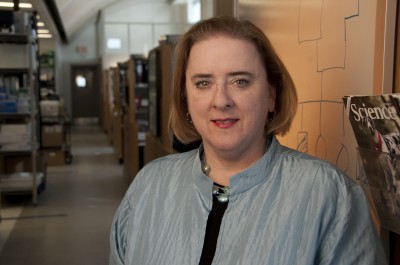 Caption: Elaine A. Ostrander, PhD, recipient of the Genetics Society of America Medal 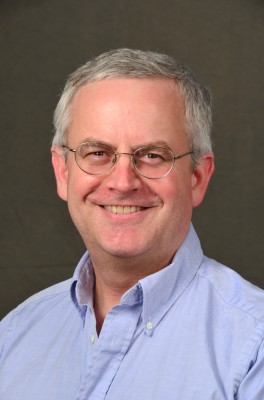 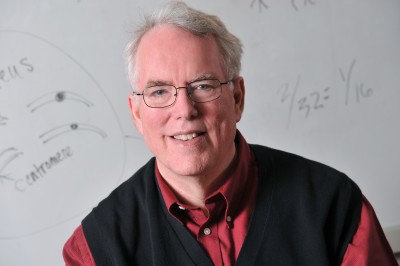 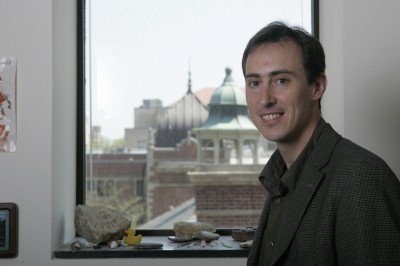