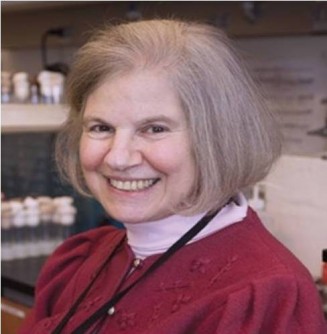 Susan A. Gerbi is the 2017 winner of the George W. Beadle Award.

Newswise — The Genetics Society of America (GSA) is pleased to announce that Susan A. Gerbi, PhD is the 2017 recipient of the George W. Beadle Award in recognition of her outstanding contributions to the genetics community. In the course of her research on DNA replication and amplification, Gerbi has helped develop techniques for mapping replication origins, genome sequencing, and whole organism transformations. She also helped to establish the fly Sciara coprophila as an important model for studying chromosomes and DNA replication and has served as a prominent leader in the research community. Gerbi is the George Eggleston Professor of Biochemistry in the Department of Molecular Biology, Cell Biology and Biochemistry at Brown University. “Susan Gerbi’s service to the scientific community has been far-reaching,” says Virginia Zakian, PhD (Princeton University). The Gerbi lab developed the method of Replication Initiation Point (RIP) mapping to map replication origins to the nucleotide level, improving resolution by two orders of magnitude. RIP mapping originated the now popular use of λ-exonuclease to enrich nascent DNA, and is a foundation for genome-wide replication origin mapping. In addition, Gerbi helped develop techniques for genome sequencing and genome editing with large DNA insertions. The Gerbi lab has also demonstrated that ribosomes have evolutionarily conserved sequences and a conserved core secondary structure, and discovered rRNA “expansion segments”. Gerbi has promoted the use of the fly Sciara coprophila as a model organism for studying chromosomes and DNA replication. Sciara has several unique biological properties that make it an excellent model, particularly their monopolar spindle in meiosis and chromosome movement, including non-disjunction during meiosis and chromosome elimination in the early embryo. It also has enormous polytene chromosomes in the salivary glands of larvae that are even bigger than those of Drosophila and were used to develop the method of in situ hybridization. Gerbi and colleagues have completed the Sciara genome and transcriptome and are developing transformation methods in Sciara. Gerbi has worked hard to publicize the potential of Sciara as a model and expand the community of Sciara researchers. Her lab houses the Sciara International Stock Center and she has created a Sciara Endowment Trust Fund to provide funding for future locations of the stock center. Gerbi has been a leader of and advocate for the scientific community on several different fronts. She was the Founding Chair of the Department of Molecular Biology, Cell Biology, and Biochemistry at Brown for ten years. She has served in leadership roles for the American Society for Cell Biology (ASCB) as Chair of Women in Cell Biology, a member of the Council, and as President. She has also been a member of the public policy committees of ASCB, the Federation of American Societies for Experimental Biology (FASEB), and the Association of American Medical Colleges (AAMC), and she has testified before the United States Congress on the need for federal research funding. Gerbi was a founding member of the AAMC Graduate Research Education and Training (GREAT) group and served as its Chair. She has authored several papers and booklets on graduate and postgraduate training and career preparation, and has served on NIH Training Grant study sections and as part of the committee that proposed the NIH K99 award to help postdoctoral researchers transition into faculty positions. The George W. Beadle Award was established by GSA in 1999 to honor individuals who have made outstanding contributions to the community of genetics researchers and who exemplify the qualities of its namesake. Beadle (1903–1989) served as the President of GSA in 1946 and was a respected academic, administrator, and public servant. He is most recognized for his work with colleague Edward L. Tatum in establishing the “one gene, one enzyme” theory that linked biochemistry and genetics and laid the groundwork for the development of molecular biology. Beadle and Tatum were awarded the 1958 Nobel Prize in Physiology or Medicine for this groundbreaking work. The award will be presented to Gerbi at the 58th Annual Drosophila Research Conference, March 29-April 2, 2017, San Diego, CA. To learn more about the GSA awards, and to view a list of previous recipients, please see http://www.genetics-gsa.org/awards.