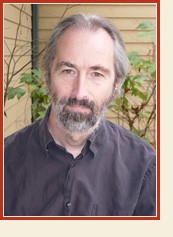 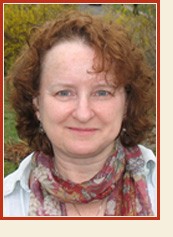 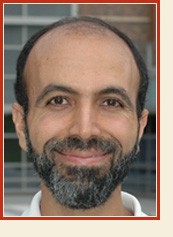 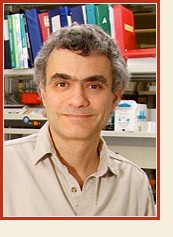 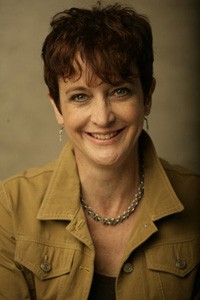 In addition to these elected officers, Brenda J. Andrews, PhD (University of Toronto), editor-in-chief of GSA’s journal, G3: Genes|Genomes|Genetics, which was first published online in June 2011, becomes a member of the Board of Directors. The bylaws have historically included the GENETICS editor-in-chief on the Board and as a result of a 2011 bylaw revision, the G3 editor-in-chief will now also have a seat on the Board.

“We are delighted to have these prominent scientists and educators join the Board this year and look forward to their leadership as the Society continues to grow and evolve. We thank the outgoing Board members for their dedicated service and continued involvement,” said GSA Executive Director Adam P. Fagen, PhD.

These new officers and directors began their tenure on January 1, 2012, and will remain on the GSA Board until December 31, 2014.

New Members of the GSA Board of Directors

Vice President:Michael Lynch, PhD, Distinguished Professor of Biology, Class of 1954 Professor, Department of Biology, Indiana University, Bloomington. Dr. Lynch is a population and evolutionary biologist and a long-time member of GSA. Dr. Lynch sees GSA as the home for geneticists who study a broad base of topics and organisms, and as a forum where general discussion occurs, whether based on the principles of genetics, the most pressing issues within the discipline itself, or responses to societal concerns and/or conflicts within applied genetics. His professional interests focus on integrating the life sciences, from molecular to cellular to whole organism biology, and emphasizing the synthesis of empirical investigation with well-grounded mathematical theory, a bridge made possible by genetics. Dr. Lynch is a member of the US National Academy of Sciences and a fellow of the American Academy of Arts and Sciences.

Directors:Marnie E. Halpern, PhD, Staff Member, Department of Embryology, Carnegie Institution for Science; Adjunct Professor, Department of Biology, Johns Hopkins University. Dr. Halpern’s research has spanned two model organisms – Drosophila and zebrafish. Currently working with zebrafish, Dr. Halpern studies neural development with specific interest in how differences are established between the left and right sides of the developing brain. Besides her research, Dr. Halpern is active in science outreach programs in the Baltimore area; working with local science teachers in her community, she developed the “Women Serious About Science” program to encourage women and girls to pursue research careers in science. She is a Pew Scholar and received the Mossman Developmental Biologist Award from the American Association of Anatomists.

Mohamed Noor, PhD, Earl D. McLean Professor and Associate Chair, Department of Biology, Duke University. An evolutionary geneticist, Dr. Noor focuses on the genetic architecture of traits that contribute to species formation or maintenance, including behavioral discrimination, hybrid sterility, and hybrid inviability. His research focuses on the model organism Drosophila. Dr. Noor is active in community outreach and is committed to educating the public and policymakers about genetics, genetics researchers, and their work. He has experience on the boards of other professional genetics membership societies and has served as an associate editor on numerous editorial boards, including GENETICS (2001–2004). He is also a fellow of the Linnean Society of London.

John Schimenti, PhD, Professor of Genetics, Department of Biomedical Sciences, Cornell College of Veterinary Medicine; Adjunct Professor, Department of Molecular Biology and Genetics; Director, Center for Vertebrate Genomics, Cornell University. Dr. Schimenti’s lab investigates the genetics of mammalian development, gametogenesis, and maintenance of genome integrity, all of which have implications in the development of cancers, using the mouse model system. Dr. Schimenti recognizes the need for educating trainees, the public, and policymakers about what geneticists do, why, and how genetics is revolutionizing our understanding of life and our health. He is a fellow of the American Association for the Advancement of Science and serves on editorial boards for numerous genetics publications, including GENETICS, where is a member of the Senior Editorial Board.

Editor-in-Chief, G3: Genes|Genomes|GeneticsBrenda J. Andrews, PhD, Professor and Chair, Banting & Best Department of Medical Research; Director, Donnelly Centre, University of Toronto. Dr. Andrews began her tenure as editor-in-chief of GSA’s new journal G3: Genes|Genomes|Genetics in 2010, before its inaugural publication in June 2011. The journal seeks to publish well-executed and lucidly-interpreted genetic studies of all kinds and is not bound by subjective editorial criteria of importance, novelty or broad appeal. Dr. Andrews is a yeast geneticist, whose lab uses functional genomics to explore mechanisms of cell cycle control, cell polarity, and gene regulation. She is also involved in projects that aim to systematically explore genetic interaction networks in yeast and other model organisms. Dr. Andrews is Fellow of the Royal Society of Canada and a Fellow of the American Association for the Advancement of Science.