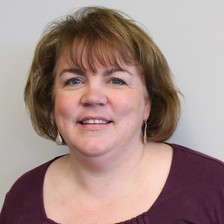 There’s a lot to be learned from the winds in a Chilean desert–everything from surviving tornadoes on Earth to planning travel to Mars, with surviving climate change in between. And it took West Virginia University geologist Kathleen Benison to find it.

In 2007, Benison discovered an anomaly in saline lakes in the Chilean Andes and her subsequent work disproved the conventional wisdom that gravel was too big to be affected significantly by wind. Her work can help explain historic weather patterns on Earth and even help prepare for a trip to Mars, which is whipped by whirlwinds.

With changing environments due to global warming, conditions are becoming more extreme due to higher energy in the atmosphere. Deserts are expected to become drier and windier, and stronger and bigger dust devils (such as the Chilean gravel devils) may form.

Much of the world's human population lives in and near deserts, so these changes could impact them. In addition, tornadoes seem to be getting more frequent and impacting a larger region with global warming. Even though gravel devils form on sunny days and tornadoes are spawn from thunderstorms, they have similar rotation, and both can be quite destructive. Understanding the gravel devils can help develop better plans, such as with building materials and designs, to limit destruction by tornadoes.