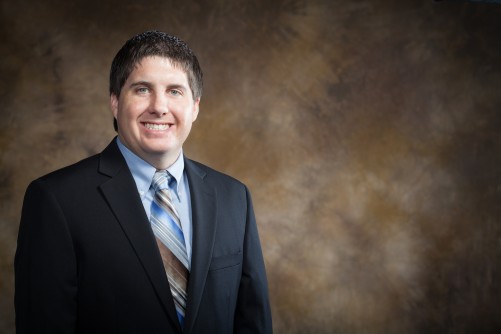 FAYETTEVILLE, Ark. – Though its epicenter was more than 100 miles from Mexico City, Tuesday’s magnitude 7.1 earthquake caused many structures in the densely populated capital to collapse, killing and injuring hundreds of people.

For comment on how buildings and other structures perform during earthquakes, contact Clint Wood, civil and geotechnical engineering professor at the University of Arkansas.

Wood has participated in many Geo-engineering Extreme Events Reconnaissance, or GEER, missions, including a national team that studied the effects of the devastating earthquake in Haiti in 2010. GEER is an organization funded by the National Science Foundation to conduct reconnaissance efforts of extreme events, including earthquakes, tsunamis and hurricanes.

Wood’s research focuses on the dynamic characterization of soils. He uses broadband seismometers to measure low-intensity stress waves (primarily surface waves) created by urban or natural noise sources, such as ocean waves. By measuring the frequency and wavelength of these waves as they pass through the array of seismometers, Wood calculates the shear-wave velocity and layering of the soil underneath the arrays. These shear-wave velocity profiles help engineers better understand the ground motions recorded during earthquakes and design buildings that can better withstand future earthquakes.

Wood also studies the effect of topography on earthquake ground motions. Earthquake experts have observed qualitatively that more building damage occurs at the crest of topographic features than at the base, but they have yet to fully explain this phenomenon in a quantitative manner. To do this, Wood deploys locally dense arrays of seismometers over a mountainous region that experiences frequent and predictable coal mining-induced seismicity, which provides an excellent opportunity to record topographic effects on full-scale features.

A short video about Wood’s research can be viewed on the Research Frontiers website at http://researchfrontiers.uark.edu/2016/characterizing-soil-composition/.