Getting Inside Teens’ Heads: Study Upsets Beliefs About Feelings and Exercise Probability 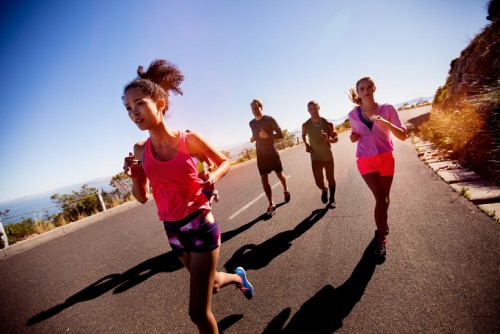 Newswise — A pilot study tracking adolescents’ internal psychological states around engaging in physical activity suggests that prevailing assumptions about how to increase physical activity might need a reboot.

Twenty-six adolescents reported their mood and energy four times a day for 20 days with an Android smartphone app developed by a University of Kansas research team led by Christopher Cushing, assistant professor of clinical child psychology, and KU Life Span Institute assistant scientist. The team then combined those reports with physical activity measurements collected from a research-grade activity tracker that they wore 24 hours a day.

“You might assume that if you had higher positive affect and felt energetic, you would be more likely to exercise, but we found that this is not true for everyone,” said Cushing. “For some of our participants, feeling happy with lots of energy predicted exercise, while for others the relationship was in the opposite direction.”

Cushing said that this is a big advancement in the field of health behavior. “If you think about the kind of advice a clinician would want to give to a patient, this study shows that adolescents are too different from each other to rely on a one-size-fits-all recommendation that is typical in practice. We need to know something about the person before giving a standard set of advice.”

A long-term goal of this line of research is to design an intervention system that would personalize prompts based on each individual’s optimum times to exercise as gleaned from data collected from reported internal states.

Cushing said that his research group is aligned with the National Institutes of Health precision medicine initiative.

Cushing said that they were also able to answer the question, would adolescents participate in in this kind of study that required a lot of time and energy thought the day. The study got a very high response rate and nearly all of the participants said they would do it again if their physician asked them to participate in a similar study to better understand their health.

“Teens are willing to do it if they think they’ll learn something about the relationship between how they feel and important health behaviors they are interested in tracking or improving.”

Cushing said his research team wants to focus on increasing the physical activity of adolescents because high school is a time when most adolescents drop from a pattern of moderate activity to the kind of minimal activity that predisposes them for diseases as adults.

“We want to help them find opportunities for leisure time physical activities outside of the structure of school, and we think it makes sense to do that in a way that is personalized for each adolescent.”

“By the time a person reaches adulthood, patterns of behavior are relatively well-established. We think it is a harder proposition to get an adult off of the couch after they have slipped into a pattern of inactivity than to help an adolescent who is moderately active maintain some of that activity as they age into adulthood,” said Cushing.

When distributed over a large population, Cushing said, this approach could have a significant impact on the amount of the GNP the country spends on preventable illnesses linked to physical inactivity.