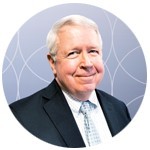 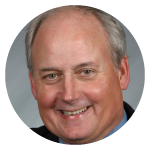 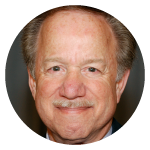 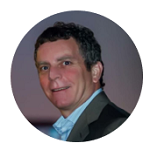 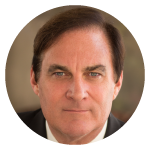 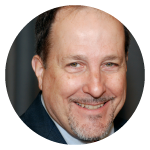 Newswise — CHICAGO—The American Association of Endodontists welcomed its new Board at the Association’s recent annual meeting in Denver. Now that our new membership year is underway, we wanted to make sure you’re well acquainted with our leadership. Read on to familiarize yourself with their accolades – and a few fun facts.

Patrick E. Taylor, D.D.S., M.S., President. Our recent President’s Profile of Dr. Taylor called him a “nice guy with a no-more-Mr.-Nice-Guy-moxie.” Dr. Taylor is resolute in his stance that we must “save the world, one root canal at a time” — he even has a Captain America T-shirt he wears when he’s feeling especially fearless.

Indeed heroism is an ongoing theme in Dr. Taylor’s life, so it’s no surprise he uses that metaphor when it comes to endodontics. Dr. Taylor’s career spans 21 years in the military, 18 years of private practice in Bellevue, Wash., and his current role as affiliate faculty at the University of Washington School of Dentistry, where he teaches in the graduate clinic. He received his D.D.S. from the University of California at San Francisco and his Certificate in Endodontics from the University of Washington in Seattle. Dr. Taylor is a Diplomate and past president of the American Board of Endodontics. As president, Dr. Taylor also sits on the Foundation for Endodontics Board of Trustees.

Keith V. Krell, D.D.S., M.S., M.A., President-Elect. Dr. Krell has maintained a private practice in West Des Moines, Iowa, for nearly 30 years. He currently serves as an adjunct clinical professor of endodontics at the University of Iowa College of Dentistry, and served there as the graduate program director until 1989. He retired from the U.S. Army National Guard as a lieutenant colonel in 1993 after 22 years of service. Dr. Krell received his D.D.S. and M.S. degrees from the University of Iowa. A Diplomate of the American Board of Endodontics, Dr. Krell has held several executive positions, including president of both the American Board of Endodontics and the Foundation for Endodontics. As president-elect, Dr. Krell also sits on the Foundation for Endodontics Board of Trustees.

Dr. Krell has written six chapters for three endodontic text books, published 43 articles and has lectured nationally and internationally. His current research is on cracked teeth. Dr. Krell is a member of the Scientific Advisory Board of the Journal of Endodontics and a reviewer for both the JOE and JADA.

In early-2018, Dr. Krell represented the AAE at an Iowa State Dental Board meeting regarding the “deregulation” of specialty advertising. Dr. Krell and the AAE stand firmly against this deregulation, and he has helped illustrate our stance that relaxing regulations to allow dentists certified by ABDS-recognized specialty boards to advertise as specialists would be a mistake.

Always an advocate for lifelong learning, as AAE18 general chair Dr. Gluskin ensured top-quality educational program at our annual meeting. On the Controversies and Hot Topics track, he noted, “healthy debate and thought-provoking questions will serve as a great kickoff to AAE18. These issues will get everyone’s blood pumping with enthusiasm for the endodontic education in store throughout the annual meeting.”

During AAE18, Dr. Gluskin joined Drs. Ali Behnia, Kenneth B. Wiltbank and AAE legal counsel Jack Bierig to discuss the responsibilities of the AAE and its members as advocates for the highest standards of endodontic treatment. Together they addressed regulatory and legal challenges to defining “standard of care” and “standard of practice,” and the issues the AAE and state endodontic societies must consider when opposing substandard endodontic care.

Stefan I. Zweig, D.D.S., Secretary. Dr. Zweig received his B.S. degree in Biochemistry from the University of California at Los Angeles in 1982, his D.D.S. from the Herman Ostrow School of Dentistry of the University of Southern California in 1986, and his Certificate in Endodontics from USC in 1992. He currently maintains a private endodontic practice in San Marino, Calif. In addition, he currently serves as a Clinical Associate Professor in the Department of Endodontics at the University of Southern California, working primarily with graduate endodontic residents. He is a Fellow of both the Pierre Fauchard Academy and the American College of Dentists.

Dr. Zweig has a long history of teaching and participation in organized dentistry. Prior to entering endodontics, he held an academic appointment at USC in the Department of Restorative Dentistry, Removable Prosthodontics. Joining the USC endodontic faculty immediately following his residency, he served as assistant director of graduate endodontics at USC (1992-1998). He is a past president of the Southern California Academy of Endodontics and the California State Association of Endodontists, and has served on the Peer Review and Interdisciplinary Councils of the California Dental Association. He has served on the AAE Board of Directors (2012-2015) and as treasurer of the AAE. He has been involved with numerous AAE Committees, including being chairman of the Membership Services and Budget and Finance Committees. As chairman of the Special Committee to Develop an Online Community, Dr. Zweig was instrumental in developing AAE Connection, the AAE’s popular online community.

In his free time, Dr. Zweig enjoys golf and is an avid college basketball fan.

Dr. Dietz, Jr. has served on many committees at the national, state and local levels of organized dentistry for over 25 years. He is currently serving on the Advisory Board of Trustees of the Henry Ford Medical Center and as a Member of the Tulsa Dental Opinion Leaders Forum. He also participates with the National Foundation for the Handicapped through Donated Dental Services and provides all endodontic care for Angel’s Place residents. Dr. Dietz has lectured on endodontics and has contributed to literature.

Garry L. Myers, D.D.S., Immediate Past President. Dr. Myers is the graduate program director of endodontics at the Virginia Commonwealth University School of Dentistry. He joined the VCU faculty after 16 years in private practice in Tumwater, Wash. Dr. Myers received his D.D.S. degree from the University of Texas Health Science Center at San Antonio in 1985. Upon graduation, he entered the U.S. Air Force, where he completed a residency program in endodontics at Wilford Hall Medical Center in 1991. A Diplomate of the American Board of Endodontics, Dr. Myers also served as president of the Washington State Association of Endodontists. As immediate past president, Dr. Myers also sits on the Foundation for Endodontics Board of Trustees.

Service to others is a common theme in Dr. Myers’ life – whether it’s as incoming president of the AAE, in the military as a dental officer, in private practice as an endodontist in his professional life, or in his private life, as den leader and cubmaster for his son’s scouts group, coaching youth sports, or volunteering for the Iditarod dog sled race, in Anchorage and out on the trail (17 years and counting!). Dr. Myers spends his limited free time enjoying photography, golf, traveling, hiking and snowshoeing (Mount Rainier is a favorite spot).

About the American Association of Endodontists
The American Association of Endodontists, headquartered in Chicago, represents more than 8,000 members worldwide. Endodontics is one of nine dental specialties formally recognized by the American Dental Association. The AAE, founded in 1943, is dedicated to excellence in the art and science of endodontics and to the highest standard of patient care. The Association inspires its members to pursue professional advancement and personal fulfillment through education, research, advocacy, leadership, communication and service. For more information about the AAE, visit the Association’s website at aae.org.