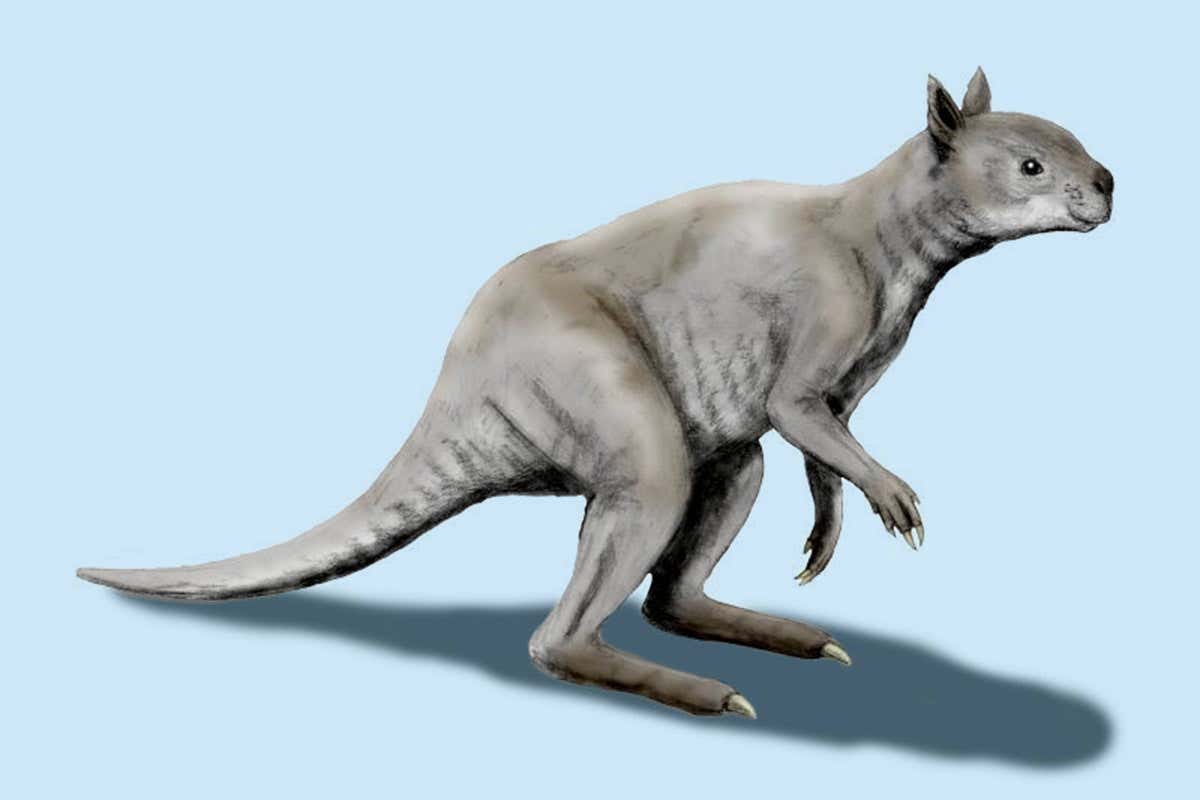 Newswise — The skulls of giant sthenurine kangaroos were highly adapted for producing the powerful bite forces needed to devour particularly tough foods, according to a study released September 11, 2019 in the open-access journal PLOS ONE by D. Rex Mitchell of the University of New England in New South Wales, Australia.

Sthenurine kangaroos, sometimes called “short-faced” kangaroos, are an extinct group characterized in part by their heavily built skulls, large jaws and teeth, and shortened snouts. Past researchers have considered these features an indication that these kangaroos had powerful jaws adapted for a diet of tough foods such as mature leaves, stems, and branches. The author of the present study hypothesized that if this is true, the kangaroos’ skulls should also be built to resist the forces that such powerful bites would put on skull bones and joints.

To test this hypothesis, Mitchell created a digital model of a skull of the large (118kg) sthenurine species Simosthenurus occidentalis, which lived in Australia until around 42,000 years ago. Bite simulations indicated that the cheekbones of this species supported large muscles that would prevent dislocation of the jaw during strong biting, and that the bones of the front and roof of the skull formed an arch that would resist torsional (twisting) forces during bites.

These features support the suggestion that these kangaroos’ skulls were well adapted to producing and withstanding powerful bite forces, which would have allowed them to eat tough, low-nutrition foods that may have been inaccessible to other species. Similar features are seen in modern-day giant pandas, which also eat tough foods (bamboo).

The author notes that this extinct kangaroo species appears adapted to exploit tough foods to a greater extent than any living Australian herbivore, meaning these kangaroos represent a feeding behavior and ecology now absent from the continent.

Funding: The author received no specific funding for this work.

In your coverage please use this URL to provide access to the freely available article in PLOS ONE:  https://journals.plos.org/plosone/article?id=10.1371/journal.pone.0221287