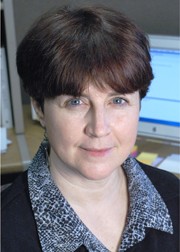 That concern may be understandable. “Girl Meets World” is a sequel to the popular ABC sitcom “Boy Meets World,” which premiered in 1993 as part of that network’s TGIF lineup. But typical teen shows aired these days by Disney and stations such as Nickelodeon focus on “cheap-shot” humor in which characters let insults fly and any misbehavior such as put-downs, sibling rivalry, or relational aggression aren’t met with consequences—except maybe a laugh track.

"What you're seeing is nobody gets hurt; it's shown as funny; it's just the way people talk to each other. And nobody intervenes. The bystanders who are there — who are often parents — almost never intervene,” Cyndy Scheibe, professor of psychology at Ithaca College and director of the Center for Research on the Effects of Television, said.

“In fact, parents are just as likely to engage in putdowns and name calling as kids are.”

"It was clearly aimed at a general audience even though the focus was on the lives of the teens,” Scheibe said of the original. “There was a lot of content about the family. Some took place at home, some took place at school. So it wasn't that different from other sitcoms at the time."

Adults are excited for “Girl Meets World” because it sees the return of Corey and his long-time love interest Topanga (played by Danielle Fishel) and promises guest appearances from characters in the original – including fan-favorite Mr. Feeny. The show aims to once again explore adolescence, this time from the perspective of Corey and Topanga’s 12-year-old daughter Riley (played by Rowan Blanchard).

Scheibe is interested to see what mold “Girl Meets World” falls under: that of the original, or that of the modern teen show. The snippets she and her student researchers viewed online have left them intrigued, but still unsure what to expect.

"One of the clips we saw had pretty typical stuff. His daughter and — even more so — her friend, are really sassing him in ways in which there are no consequences,” Scheibe said. But another clip saw Corey, now a teacher himself, give Riley’s friend detention, which caused a fit of crying and insistence that she had no one at home to help her with homework.

"It's a little bit of a reminder of ‘Boy Meets World’ and one of the ongoing storylines about Corey's friend Shawn, whose family was kind of a nightmare. So if they get into stuff like that, that's not typical of teen shows today," Scheibe said.

“The original show got into some pretty cool things," she added, recounting an episode in which Shawn (played by Rider Strong) dressed up as a girl and experienced sexism first hand. “That’s what you don’t get in standard teen shows. You just don’t.”

In addition to gender messages, Scheibe said research demonstrates today’s shows aimed at teenagers are full of messages about appearance. Characters are often judged on their weight, hair and clothing. It’s the basis for the “cheap, stupid, almost-always stereotypical” humor Scheibe sees at the core of so many programs. She wonders how much of that will be prevalent in “GMW.”

"To us, that will be interesting. How much will this play off that typical cheap-shot stuff? How much will they attempt to take on? [It’s called] 'Girl Meets World,' so they have the opportunity to explore that a little bit: What's the difference between growing up a boy and growing up a girl?"

The Center for Research on the Effects of Television, and countless fans of “Boy Meets World” will be watching to find out.