Give It a Rest, Part 1: How to Reduce Fatigue and Raise Productivity

22-May-2017 9:05 AM EDT, by University of Virginia Darden School of Business
favorite_border 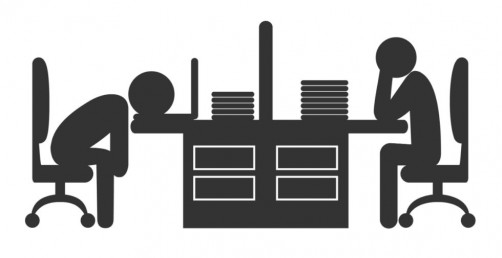 Time to Get Some Rest

Rest. It’s perhaps one of the most undervalued, necessary components of human life — especially today, in our 24/7 economy. And by all appearances, resting seems unproductive. But it turns out that resting may be one of the most productive things we do in any given day.

Whether you work from home or at an office, new research by Darden Professor Manel Baucells and Lin Zhao of the Chinese Academy of Sciences in Beijing offers important insights for today’s workforce, about one-third of which reports not only being overworked but chronically overworked.[i]

There’s no shortage of documentation on the problem of overwork, in the United States as well as other developed countries such as Japan and Canada. There are also no shortages of linkages between overwork and both workplace and personal problems. Across nearly all professions, from health-care settings to the transportation and utility industries, fatigue has been connected to higher rates of cognitive errors and safety infractions on the job (sometimes fatal to patients or customers) as well as increased anger and relational difficulties (affecting both manager/employee and employee/employee relations). Outside of work, overworked individuals experience greater rates of depression and physical health problems, lower life quality and satisfaction, and negative impacts on their children and families.[ii]

Studies have indicated that the problem isn’t so much logging too many hours at the office; it’s the way we work that’s exhausting us.[iii] A seminal 2004 report pointed to factors that influence a greater feeling among today’s workers of being overwhelmed and fatigued, such as an uptick in multitasking and workday interruptions (causing a lack of focus) and on-the-job pressure to produce more, and more quickly. The result: People may feel unable to take the time for breaks, either vacations or workday breaks.

And that, Baucells and Zhao’s research indicates, is a big mistake.

Their recent paper, “It Is Time to Get Some Rest,” heeds calls for new, empirically based solutions that help businesses improve the effectiveness of their workplaces while addressing the problems caused by chronic overwork and worker fatigue.[iv]

Any Given Workday: Modeling Fatigue

In their research, Baucells and Zhao developed a model, called the fatigue disutility model, rooted in both common sense and past research evidence. The model captures three main ideas:

Their model is novel in that it focuses on the moment-by-moment effect of fatigue (depicted by a “continuous-time preference model”). In contrast, most economic models focus on the aggregated cost over long periods, such as quarters. In doing so, they ignore the daily details, which ultimately drive the actual cost. While fatigue necessarily builds up during the working hours, it’s alleviated by rest — a short walk outside, the lunch break and of course a good night sleep. And it’s on this day-to-day level that employers can easily implement changes to alleviate the impact of both short- and long-term fatigue.

The goal of the model was to gain insight into how workers’ efforts are best distributed over a single workday. When optimizing the model, Baucells and Zhao found that the ideal profiles of effort follow one of two patterns, depending on the nature of the work.

The Analog Condition: Work Can Be Modulated

A high-low-high effort pattern, they found, is the best way to manage fatigue when the rate at which the employee works can be modulated. The idea is to begin and end the day with maximum intensity, but take it easier in the middle. For long work days, we should go marathon style: the duration of the maximum intensity will be short, and the idea is to keep a moderate steady pace during the day. If the work day is short, then it is best to prolong the maximum intensity periods at the beginning and at the end, and take it really easy in the middle.

This pattern contrasts with a vicious cycle in which some workers may find themselves. For those who start out slower (perhaps because they didn’t sleep much the night before, never took a break after the last project or put in too many intense-effort hours the day before) and proceed in a low-medium-high pattern, the termination period will have to include such a high level of effort to make up for the slower start that it leaves workers too fatigued to start the next project at a high pace. So the pattern continues.

The Binary Condition: Work Is All or None

In some jobs, effort cannot be modulated. Workers operating a machine, or attending to customers at a retail store or restaurant, or performing mental tasks that require constant concentration, like grading exams, must be either working 100 percent or taking a break, but they cannot work at 25 percent. In the All or None case, Baucells and Zhao showed that the best distribution of effort is for workers to begin and end the day with On periods, but take breaks in between the day. Far from unproductive, breaks in these situations should be seen as investments in future productivity, because they actually smooth out the fatigue level and recreate the “take it easy” portion mentioned above.

Take the example of grading exams, which requires full concentration and creates fatigue. Using reasonable assumptions on fatigue and productivity, Baucells and Zhao show that working without breaks for 10 hours results in 15 exams graded. If we allow for three breaks, Baucells and Zhao find that the optimal plan is to work for two hours straight, take a 45 minute break, work for 105 minutes, take another 45 minute break, work another 105 minutes, take another 45 minute break and end the day with another two straight hours. Following this plan, the total working time drops to seven hours and 30 minutes, while the total output increases to 19 exams graded. The lesson is clear: Optimal breaks reduce work time and increase output!

For illustrations and implications for the workplace, please see the companion to this piece, “Give It a Rest, Part 2: Productivity Lessons From Olympians and Google,” which will post on Darden Ideas to Action at a later date.

Manel Baucells co-authored “It Is Time to Get Some Rest” with Lin Zhao of the Academy of Mathematics and Systems Science at the Chinese Academy of Sciences.

[ii] These problems have been documented many places, including the report cited above, and in M. Shields, “Long Working Hours and Health,” Health Reports 11, no. 2 (autumn 1999). Available at https://www.researchgate.net/publication/230858767_Long_Working_Hours_and_Health

Prior to his time at Darden, Baucells taught at IESE Business School and the University Pompeu Fabra in Barcelona, as well as served as senior economist at the Rand Corporation in California. He is co-author of the book Engineering Happiness, which applies principles of behavioral economics to happiness, and which was honored with the Decision Analysis Society Publication Award in 2014.