Give It a Rest, Part 2: Productivity Lessons From Olympians and Google

2-Jun-2017 10:05 AM EDT, by University of Virginia Darden School of Business
favorite_border 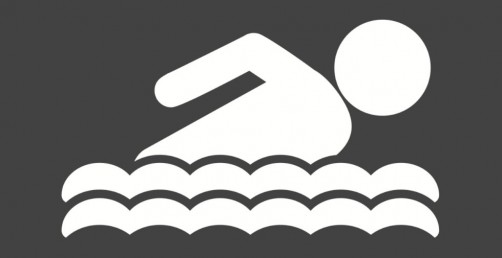 The proceeding follows Give It a Rest, Part 1: How to Reduce Fatigue and Raise Productivity, which details the problems stemming from overwork and the researchers’ model in more detail.

There’s no shortage of documentation on the problem of overwork. There are also no shortages of linkages between overwork and both workplace and personal problems.[i] But on-the-job pressure to produce more, and more quickly, may leave people feeling unable to take the time for breaks, either vacations or workday breaks.

New research indicates that may be a big mistake. “It Is Time to Get Some Rest,” by Darden Professor Manel Baucells and Lin Zhao of the Chinese Academy of Sciences in Beijing, offers important insights for today’s workforce, about one-third of which reports not only being overworked but chronically overworked.[ii]

In their research, Baucells and Zhao developed a model to gain insight into how workers’ efforts are best distributed over a single workday. The ideal profiles of effort follow one of two patterns, depending on the nature of the work:

The high-low-high profile of effort mirrors what we see in Olympic athlete competition, which Baucells and Zhao use to calibrate their model.[iii] In an energy-speed model they developed for athletes in a time trial competition, they show why the best swimmers don’t swim their fastest (just as runners don’t run their fastest) continuously in a race; if they try, the energy buffer will be exhausted too soon, and they’ll slow down much more (yielding a longer overall time) than if they “pace themselves” throughout the race.

The ideal pacing includes a strong initial start, followed by an intentional lowering of the “burn rate,” precisely calculated so that there is some energy left in the reserve for the final sprint. This pattern minimizes total time, even if each athlete competes in a solo lane, as is the case in swimming. If an athlete doesn’t learn when to transition from the high pace at the beginning to the lower pace mid-race, or the set right the mid-pace, then he or she will either run out of energy too soon or have “too much” energy for the end, which could have been more efficiently spread out during the race.

The workplace parallel is an employer who insists on employees keeping a high pace all the time. When this occurs, managers aren’t only fatiguing their workers, they’re also harming their own productivity and profits. This is because wage costs will in one form or another increase, be it through high turnover, absenteeism, low morale and productivity, or higher worker demands due to fatigue.

Implications for the Workplace

Because fatigue can be difficult to recognize until it’s extreme (and has already damaged the company), this research suggests that managers would help themselves — and their workers — by taking preemptive action against fatigue. They can do so, in part, by allowing workers the flexibility of choosing when to take breaks. Perhaps contrary to intuition, Baucells and Zhao’s model is not necessarily against long hours, as long as more breaks are allowed during work. Google seems to have learned this lesson and makes the work environment pleasant, promoting fun distractions, while at the same time encouraging long work hours.

At the other extreme, we have the short but intense schedule. Here, the model recommends maximum intensity, except for one break — or a period of low intensity — in the middle.

And for the growing sector of self-employed, a lot of self-management is needed: avoiding the temptation to push hard all day long, for instance, and disciplining themselves to take true breaks, just as they would if they were working in an office. At-home workers should draw clear home/work boundaries in their schedules (and workspaces) to better facilitate a high-low-high effort, rather than putting in long hours that wind up yielding equivalent (or lower) outputs. They may even consider starting work immediately upon rising in the morning, to take advantage of showering and breakfast as times to rest and reduce accumulated fatigue. Otherwise, these early-day activities are like “wasted” breaks, from the standpoint of work fatigue.

The bottom line is, when it comes to rest and managing fatigue, the incentives of companies and workers are perfectly aligned: Reducing fatigue increases productivity, lowers the cost of providing effort, increasing work satisfaction, lowering turnover and absenteeism, and ultimately increasing profits.

Many of us wear busyness and overwork like badges of honor. Maybe it’s time we see them for what they are: drags not only on our health and quality of life, but on business and the economy.

Manel Baucells co-authored “It Is Time to Get Some Rest” with Lin Zhao of the Academy of Mathematics and Systems Science at the Chinese Academy of Sciences.

[i] These problems have been documented many places, including in M. Shields’ “Long Working Hours and Health,” Health Reports 11, no. 2 (autumn 1999). Available at https://www.researchgate.net/publication/230858767_Long_Working_Hours_and_Health

Prior to his time at Darden, Baucells taught at IESE Business School and the University Pompeu Fabra in Barcelona, as well as served as senior economist at the Rand Corporation in California. He is co-author of the book Engineering Happiness, which applies principles of behavioral economics to happiness, and which was honored with the Decision Analysis Society Publication Award in 2014.