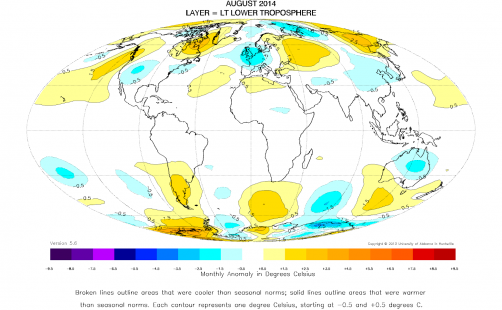 Temperatures in the tropics fell to nearly normal values in August, indicating a pause in the buildup to the anticipated El Niño Pacific Ocean warming event for this winter, according to Dr. John Christy, a professor of atmospheric science and director of the Earth System Science Center at The University of Alabama in Huntsville. 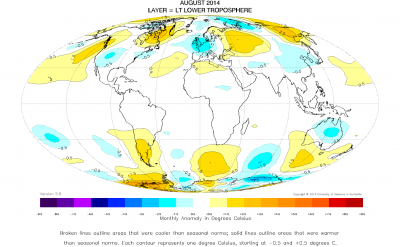