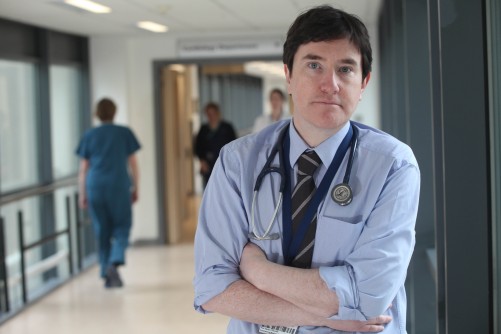 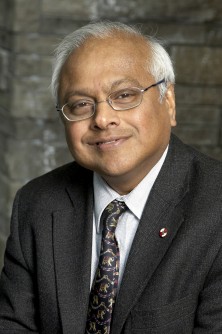 Newswise — Hamilton, ON July 15, 2016 — Ten risk factors that can be modified are responsible for nine of 10 strokes worldwide, but the ranking of those factors vary regionally, says a study led by researchers of the Population Health Research Institute (PHRI) of McMaster University.

Prevention of stroke is a major public health priority, but the variation by region should influence the development of strategies for reducing stroke risk, say the authors of the study published in The Lancet today.

The study led by Dr. Martin O’Donnell and Dr. Salim Yusuf of the Population Health Research Institute at McMaster and collaborators from 32 countries, builds on findings from the first phase of the INTERSTROKE study which identified ten modifiable risk factors for stroke in 6,000 participants from 22 countries. This full-scale INTERSTROKE study added 20,000 individuals from 32 countries in Europe, Asia, America, Africa and Australia, and sought to identify the main causes of stroke in diverse populations, young and old, men and women and within subtypes of stroke.

“This study has the size and scope to explore stroke risk factors in all major regions of the world and within key populations,” said O’Donnell, a principal investigator for the PHRI and professor of translational medicine at HRB-Clinical Research Facility, NUI Galway.

“We have confirmed the ten modifiable risk factors associated with 90% of stroke cases in all regions, young and older and in men and women. The study also confirms that hypertension is the most important modifiable risk factor in all regions, and the key target in reducing the burden of stroke globally.”The investigators looked at the different risk factors, and determined the proportion of strokes which would be cut if the risk factor disappeared. The number of strokes would be practically cut in half (48%) if hypertension was eliminated; trimmed by more than a third (36%) if people were physically active; and shaved by almost one fifth (19%) if they had better diets. In addition, this proportion was cut back by 12% if smoking was eliminated; 9% for cardiac (heart) causes, 4% for diabetes, 6% for alcohol intake, 6% for stress, and 27% for lipids (the study used apolipoproteins, which was found to be a better predictor of stroke than total cholesterol).

Many of these risk factors are known to also be associated with each other (such as obesity and diabetes), and when were combined together, the total for all 10 risk factors was 91%, which was similar in all regions, age groups and in men and women.

However, the importance of some risk factors appeared to vary by region. For example, the importance of hypertension ranged from practically 40% in Western Europe, North America, and Australia to 60% in Southeast Asia. The risk of alcohol was lowest in Western Europe, North America and Australia but highest in Africa and south Asia, while the potential impact of physical inactivity was highest in China. An irregular heart rhythm, or atrial fibrillation, was significantly associated with ischaemic stroke in all regions, but was of greater importance in Western Europe, North America and Australia, than in China or South Asia. However, when all 10 risk factors were included together, their collective importance was similar in all regions. “Our findings will inform the development of global population-level interventions to reduce stroke, and how such programs may be tailored to individual regions,” said Yusuf, a professor of medicine of McMaster’s Michael G. DeGroote School of Medicine and director of the PHRI. “This includes better health education, more affordable healthy food, avoidance of tobacco and more affordable medication for hypertension and dyslipidaemia.”

Along with the study, The Lancet published a related comment from New Zealand researchers Valery L. Feigin and Rita Krishnamurthi of the National Institute for Stroke and Applied Neurosciences, of Auckland’s University of Technology. They said the key messages from the study were that stroke is a highly preventable disease globally, regardless of age and sex; that the relative importance of modifiable risk factors means there should be development of regional or ethnic-specific primary prevention programs, and that additional research on stroke risk factors is needed for countries and ethnic groups not included in INTERSTROKE.

“Now is the time for governments, health organizations, and individuals to proactively reduce the global burden of stroke. Governments of all countries should develop and implement an emergency action plan for the primary prevention of stroke,” they wrote.