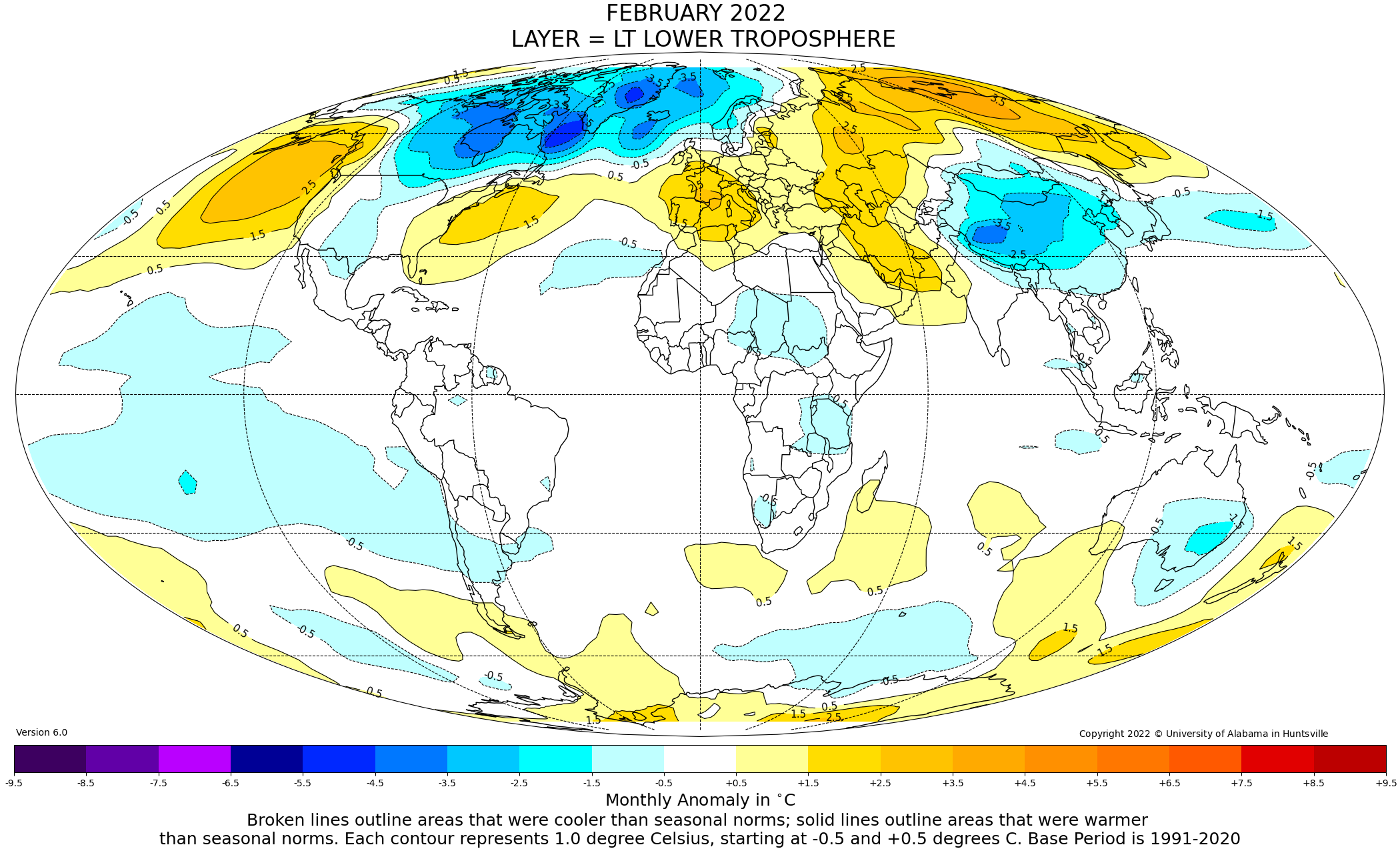 August’s globally-averaged, bulk-layer atmospheric temperature anomaly of +0.38°C (+0.68°F) represented no change from the previous month. Since November 2017, global temperature anomalies have remained in a fairly narrow range between +0.13°C and +0.47°C – relatively odd as this period included a modest La Niña and a modest El Niño. This month’s global temperature is the 4th warmest August, but may be considered nearly tied for the 2nd warmest of the last 41 Augusts, since it is only slightly below August of 2016 (+0.44°C) and 2017 (+0.42°C). August of 1998 still holds the top spot at +0.52°C. The lingering effects of the 2019 El Niño appear to be keeping the tropics, and thus the globe, on the warm side of zero.

Globally, locations with sustained warmer-than-average temperatures for the month appeared over West Antarctica (largest local departure from average of +4.0 °C near Marie Byrd Land), as well as over a broad southern subtropical band that included South Africa and the South Pacific, and also other areas in northeast Canada and north-central Russia.

The planet’s coldest departure from average this month was -3.6 °C (almost where it was last month) in the South Atlantic Ocean between Antarctica and South Africa centered in a broad area of cooler than average weather. Other cold areas generally appear between the hot areas described above; northern Canada, north Atlantic, northwest Pacific, and the south Pacific near the dateline.