RIVERSIDE, California – As President Trump takes steps to withdraw from the proposed Trans-Pacific Partnership and renegotiate the North American Free Trade Agreement, international trade scholars at the University of California, Riverside are available to discuss the implications of these decisions for the U.S. economy and security.

“The Trans-Pacific Trade Partnership (TPP) can substantially increase the annual income for the U.S. and raise wages, making the U.S. the largest beneficiary of the TPP in absolute terms. By withdrawing from the TPP, the U.S. would not only lose the potential economic gains but also the opportunity to shape the future rules of international trade (e.g., in areas such as digital economy). The withdrawal will also further damage the credibility of the United States in the region and the U.S. will pass the torch of leadership in international trade to China.”

Grittersova’s research focuses primarily on the sources of government reputation in international markets, international banking, the effects of interest groups on the credibility of international monetary and financial commitments, the role of non-market coordination in financial-system development, and political economy of reform.

Withdrawing from the Trans-Pacific Trade Partnership “undermines America’s long-term economic and security goals. Reservations to the TPP, whether from Sen. Elizabeth Warren, Sen. Bernie Sanders, or President Trump convey care but not foresight. Deals like this will leave a power vacuum that will make America third, rather than first.” 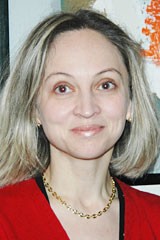 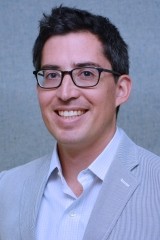