Going to Synagogue Is Good for Health and Happiness 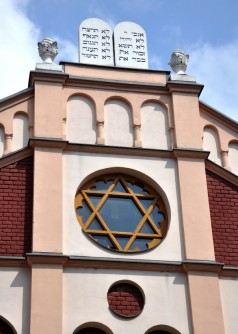 These new results confirm findings from other studies of Jews in Israel and the U.S. conducted over the past few years. Seven such studies have been published by Levin using data from a variety of national and global surveys. They have consistently identified facets of Jewish religious expression as among the most reliable predictors of measures of physical and mental health and overall well-being.

ABOUT THE INSTITUTE FOR THE STUDIES OF RELIGIONLaunched in August 2004, the Baylor Institute for Studies of Religion (ISR) exists to initiate, support and conduct research on religion, involving scholars and projects spanning the intellectual spectrum: history, psychology, sociology, economics, anthropology, political science, epidemiology, theology and religious studies. The institute’s mandate extends to all religions, everywhere, and throughout history, and embraces the study of religious effects on prosocial behavior, family life, population health, economic development and social conflict. While always striving for appropriate scientific objectivity, ISR scholars treat religion with the respect that sacred matters require and deserve. For more information, visit www.baylorisr.org

Psychology of Religion and Spirituality; Journal of Happiness Studies