Gonzaga All-American on Court, in Classroom, Nigel Williams-Goss Aims to be 'DreamKeeper'

With a Bachelor's Degree in Psychology, He's Working on Master's in Leadership; Has Passion for Fashion

Gonzaga’s Nigel Williams-Goss Aims to be a ‘DreamKeeper’ 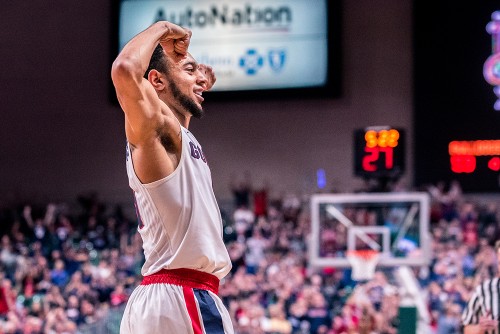 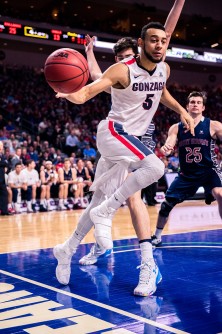 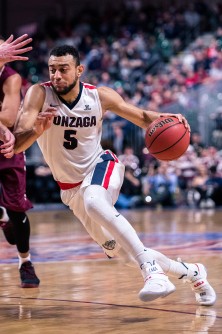 Newswise — SPOKANE, Wash. – An All-American on the court and in the classroom, guard Nigel Williams-Goss has been a dream come true for Gonzaga University. As the Zags, the top seed in the West, prepare to face No. 4-seed West Virginia in the Sweet 16 on Thursday in San Jose, California, Williams-Goss intends to be a “DreamKeeper.”

You might say it’s a permanent part of him.

Before transferring to Gonzaga following his sophomore season at the University of Washington, the redshirt junior set two goals: Help the Zags advance to their first Final Four, and be more social as a student.

He achieved one of those goals already while completing his undergraduate degree in psychology last semester with a 3.84 grade-point average and was named to the Academic All-America Division I basketball first team, as chosen by the College Sports Information Directors of America, the sixth Zag to be so honored.

Now working on his master’s degree in organizational leadership, Williams-Goss said Gonzaga’s small class sizes, faculty emphasis on teaching, and warm embrace of community all were keys in facilitating his academic success.

"What I value the most as a student here at GU is the community and the embrace that I feel – that we all feel –whether you are a student-athlete or just coming here to earn your degree,” he said. “I feel like it’s one big community. Everyone is really supportive and helping each other reach our goals academically.”

Williams-Goss, who hails from Happy Valley, Oregon, plays a cerebral game. Rarely rattled, he’s typically the epitome of coolness under pressure as a floor leader.

“Being a point guard and being a veteran leader on the team, it’s very important for me to stay calm in stressful situations,” he said. “I feel like I’ve hit big shots and game-winners ever since I was a little kid and it’s just crazy how that’s followed me all the way through my career. As I’ve gotten older, I have taken more psychology classes and just matured as a person; I think that’s helped the composure and ability to stay calm in pressure situations.”

Focuses on Mental Aspect of GameHe reads sports psychology books in his spare time, and believes in the mental aspects of the game.

“Visualization is key for peak performances. The mental aspect of the game is so important,” he said. “There are a bunch of different layers that go into playing well and visualization is definitely important especially the night before the game or prior to the game try to visualize myself making moves or putting myself in certain situations so I’m ready to handle whatever comes at me during the game.”

Being prepared mentally, he said, allows him to more easily free-flow.

“The more prepared you are the less you are out there thinking and you can let your skills and abilities take over,” he said. “Confidence is obviously a huge part of the game. You have to be confident in everything you do. For me, confidence comes from preparation. Just making sure I am as prepared as possible before stepping on the floor so I can play confidently and freely.”

“I don’t think you can be all talk as a leader. I don’t think people respond very well to that. They can see me doing the things I’m trying to get them to do on and off the court,” he said, adding that leadership also means “not being afraid to be vocal” when necessary. “I don’t think you have to berate guys or scream at guys, just healthy communication and making sure everyone is on the same page is really important as a leader.”

His commitment to academics stems from the influence of his parents and grandmother who emphasized the importance of being well-rounded and prepared for the inevitable day when athletics will end. While Williams-Goss hopes to play professionally, he works hard now to provide options for his future.

“I never want to limit myself in anything I do – whether it’s academics or athletically,” he said “I definitely want to play basketball as long as I can. The academic degrees will allow me to pick my avenue when the time comes.”

A Passion for FashionHe’s thought about public speaking to motivate youth, possibly coaching, and is particularly drawn to fashion.

“I’m really big into clothes, shoes, new brands that are starting up. I’m constantly on the internet keeping up with what’s going on with Fashion Week in New York and Fashion Week in Europe and what creative director stepped down from this fashion house,” Williams-Goss said. “It’s a real passion for me. It’s huge. It’s definitely a great time for fashion and cool to see some of the old trends are coming back and combining with some of the new styles – it’s really mind-blowing. I see some stuff and say, ‘Man that’s creative!’ I think fashion is really cool.”

As the Zags advance in their 19th straight NCAA Tournament, Williams-Goss aims to keep his dream to help the Zags reach the Final Four, which brings us to the “DreamKeeper” tattoo emblazoned from shoulder to shoulder across his back.

"In life there’s a lot of people, a lot of naysayers, that will try to say ‘hey this goal is too hard to achieve’ or ‘you’re not really made for this.’ I think to achieve any one of your goals or any one of your dreams, it starts by keeping it and not letting it fragment or anyone take it from you,” Williams-Goss said. “That’s why I have ‘DreamKeeper’ across my back just to remind myself every day to hold onto my dreams and not let anyone take it from me and just keep striving to be the best person that I can be.” 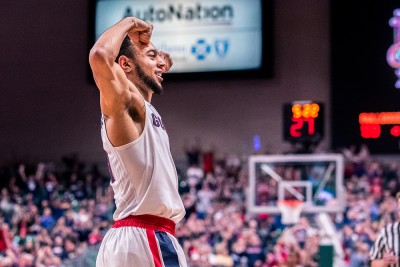 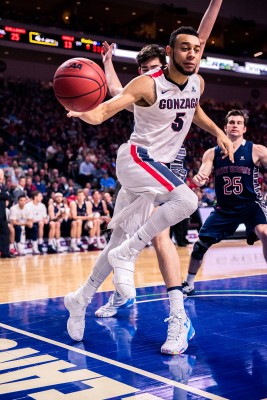 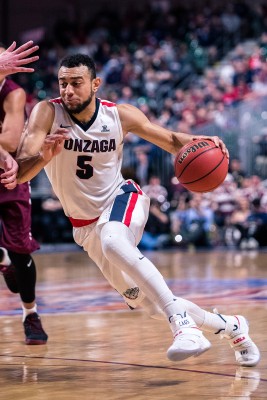