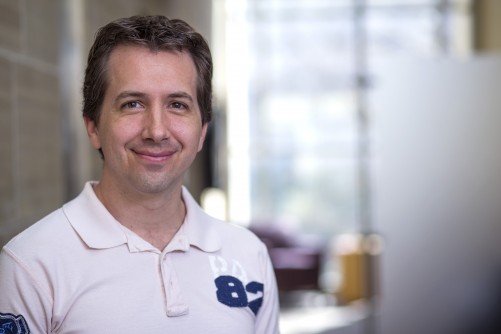 Newswise — AMES, Iowa – New research shows harsh parenting may increase a child’s risk for poor physical health and obesity as they get older. And attempts by one parent to counterbalance the harsh behavior are not always effective in lessening that risk.

Thomas Schofield, lead author and an assistant professor of human development and family studies at Iowa State University, says the results lead to more questions than answers. He and his colleagues at the University of California-Davis and the Centers for Disease Control and Prevention found the link from harsh parenting to physical health is buffered by a warm and nurturing coparent. However, when they measured the effect on body mass index, the health risk of harsh parenting increased as warmth from the other parent increased.

“Harshness leads to problems with physical health, and no matter how hard a spouse tries they may not be able to erase those effects,” Schofield said. “Instead of saying, ‘I’m the law and my wife is the gospel’ or something like that, better to acknowledge that in terms of harshness, your spouse is not going to be a buffer for the child, so behave responsibly.”

The study, published in Social Science and Medicine, is one of the first to use data from observed parent-child interactions and look at changes in the child’s health over several years from adolescence to young adulthood. Researchers with the Iowa Youth and Families Project videotaped the interactions of 451 two-parent families to assess parenting behavior. Harsh parenting was defined as parents who reject, coerce, are physically aggressive and are self-centered. No parent in this sample was observed hitting their adolescent, but Schofield says there were other signs of physical aggression, such as pinching and pushing.

Schofield says harsh parenting creates a chronic stressful environment that children can be exposed to for nearly two decades. This exposure can have a lasting effect on the developing brain during childhood and early adolescence, he added. Other research shows there are negative biological responses – chronic release of hormones, inflammation and lower cardiovascular reactivity – that can result from chronic stress.

“The best thing we can do is encourage parents to not be harsh. If we want to make sure we’re protecting children’s health and positive physical health into young adulthood, the best and safest conclusion is to avoid being harsh,” Schofield said.

Researchers point out that the differences in physical health and BMI were not evident at the beginning of adolescence, which suggests that the negative health effects were not preexisting. The effects persisted into young adulthood after many had moved out of their parents’ homes.

Most parents want what’s best for their child and may not recognize or think their behavior is overly harsh. Their parenting skills often reflect how they were raised, Schofield said. The average person wants to believe their parents’ behavior – even if it was harsh or aggressive – was for their own good or at the very least benign. Schofield says this belief makes it hard for some parents to change harsh behavior, such as spanking or extreme timeouts.

“We’re fighting against that emotional connection to our own caregiver, who parented us that way,” Schofield said. “If we accept that the behavior is damaging, we have to accept that our parent who loved us did something that may have been bad for us. It’s not a complicated idea, but there’s just too much emotion in the way.”

Schofield says more research is needed to fully understand what’s happening within families to better explain the results for BMI. He also points out that the higher BMI levels in young adulthood were not considered obese or dangerously overweight.