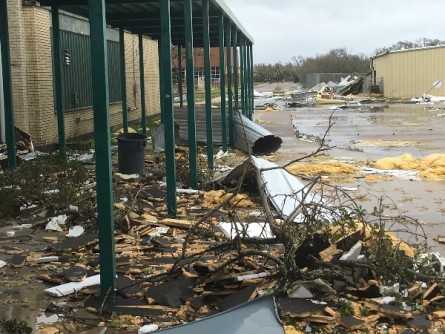 Newswise — Close to 20 percent of the state’s student population was impacted by Hurricane Harvey – that’s more than one million students affected by the storm. School is back in session for those students, but now the state’s superintendents are fighting to waive a new law impacting school ratings.

At a House Public Education Committee hearing last month, superintendents asked the state to waive the accountability ratings that are tied to students’ scores on state standardized tests this spring.

The updated system for rating schools and districts was approved by the Texas Legislature earlier this year. Right now, school districts get a label of “met requirement” or “did not meet requirement.” The first A-F grades for districts are set to be announced in August.

The superintendents argue the ratings will not be an accurate representation of how schools are doing based on Harvey and the ongoing recovery.

We talked with Dr. Daniel Bowen, assistant professor in Educational Administration and Human Resource Development. He says, while collecting the data necessary for determing ratings could be valuable, the problem arises in assigning grades, sanctions or repercussions to those schools serving affected students.

“It’s unjust because of the fact that I don’t think you can rightfully compare schools in other parts of the state that weren’t affected in the same way.”

He points to research that has shown where student performance suffers when missing school due to inclement weather; which means decreases in accountability ratings that are entirely out of the control of affected campuses.

“I think it’s worthwhile for students to take the tests because we still need to track progress. While the increasing emphasis on standardized testing has come under a great deal of criticism, it is important to distinguish the collection and analysis of valuable educational data from accountability-based sanctions,” added Dr. Bowen. “Education researchers and policymakers can use test data to more-effectively serve affected students. But, immediately tying sanctions and evaluations to schools that were severely impacted – I don’t know if that’s necessarily the right approach.”

Mike Morath, Texas Education Commissioner, said the Texas Education Agency will likely take into account data on how many students and staff members have been displaced and how that disrupted classrooms. He expects to announce more details in the coming days.