Newswise — Sky-rocketing oil prices, rising demand for reliance on renewable resources, and an increase in environmental consciousness have placed a newfound focus on "green" solutions to global energy issues. Following his May 19 graduation from Rensselaer Polytechnic Institute, student inventor Eben Bayer hopes to alleviate some of those growing issues " by growing.

A dual major in mechanical engineering and product design and innovation, Bayer has developed an environmentally friendly organic insulation. The patented combination of water, flour, minerals, and mushroom spores could replace conventional foam insulations, which are expensive to produce and harmful to the environment.

Households use nearly one-fifth the total energy consumed in the United States every year " and of that energy, 50 to 70 percent is spent on heating and cooling, according to the U.S. Department of Energy. To reduce this massive energy expenditure, new and existing homes must be fitted with more insulation. Conventional polystyrene and polyurethane foam blends are typically used because of their excellent capacity to insulate, but they require petroleum for production and are not biodegradable.

The son of a successful farmer in South Royalton, Vt., Bayer's knowledge of the Earth and fungal growth lead him to develop a novel method of bonding insulating minerals using the mycelium growth stage of pleurotus ostreatus mushroom cells.

"The insulation is created by pouring a mixture of insulating particles, hydrogen peroxide, starch, and water into a panel mold," Bayer says. "Mushroom cells are then injected into the mold, where they digest the starch producing a tightly meshed network of insulating particles and mycelium. The end result is an organic composite board that has a competitive R-Value " a measurement of resistance to heat flow " and can serve as a firewall."

The organic idea was born during a class Bayer took called Inventor's Studio, where students were challenged to create sustainable housing. Bayer was tasked with improving the insulation of a conventional home.

"I applaud Eben for his vision and passion to use technology to create significant value for all," said Burt Swersey, a lecturer in Rensselaer's department of mechanical, aerospace, and nuclear engineering, and Bayer's teacher in Inventor's Studio. "He had the creative skill to transfer information, and to 'see' something in mushroom cultivation that was the inspiration for a wild, crazy, and wonderful new idea. Organic insulation holds the promise of creating a win-win-win situation: better insulation that saves energy, at a lower cost, and in harmony with the environment."

Bayer's process resulted in a new energy-saving, cost-effective, environmentally friendly class of insulation that could replace traditional synthetic insulators such as foam and fiberglass. This spring he began working with fellow classmate Gavin McIntyre " who will also be graduating from Rensselaer May 19 with a dual degree in mechanical engineering and product design and innovation " to produce larger samples using different substrates, insulating particles, and growth conditions.

Together Bayer and McIntyre will be forming a company called Greensulate to commercialize the technology.

The invention's potential to revolutionize the green building industry already has been recognized in a variety of outlets.

In fall 2006, it was a winning entry in Rensselaer's "Change the World Challenge" idea competition, which supports entrepreneurship education and inspires ideas to improve the human condition by providing a $1,000 cash award for ideas that will make the world a better place.

In winter 2007, Bayer was announced as a finalist for the $30,000 Lemelson-Rensselaer Student Prize competition, which is awarded to a Rensselaer senior or graduate student who has created or improved a product or process, applied a technology in a new way, redesigned a system, or in other ways demonstrated remarkable inventiveness.

This November Bayer and McIntyre will travel to Seattle, Wash., to compete as semifinalists in the American Society of Mechanical Engineers' Innovation Showcase (I-Show) competition. Participants will display their product's key features and commercialization components, and will have the opportunity to compete for a cash prize.

Beyond insulation applications, the duo envision modifying the growing mixture slightly to include reinforcing materials that could be used to create strong, sustainable "growable" homes. Examples of this application include inexpensive structural panels that could be grown and assembled on-site in developing nations where usable housing is scarce and generally hard to obtain, or in disaster areas where temporary housing is essential. 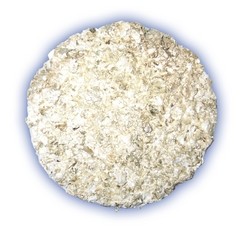 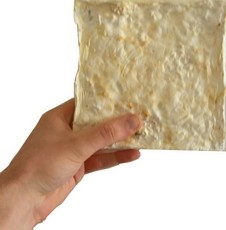