Grapefruit for Dessert? South Korea Could Be a Lucrative Market for Florida Growers

28-Feb-2017 8:05 AM EST, by University of Florida Institute of Food and Agricultural Sciences
favorite_border 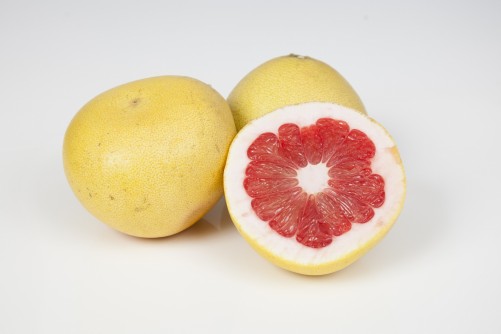 Newswise — GAINESVILLE, Fla. --- How about grapefruit as a dessert or snack? That is how many South Koreans, especially younger ones, view the fruit. Therefore, Florida grapefruit growers may want to expand their shipments to that Asian nation, University of Florida Institute of Food and Agricultural Sciences researchers say.

UF/IFAS researchers are doing a series of surveys for the Florida Department of Citrus, comparing the consumer behavior and market potential for grapefruit in the U.S., Europe and Asia. In the latest study, Yan Heng, a postdoctoral researcher in the UF/IFAS food and resources economics department, conducted an online poll of 992 South Korean female shoppers over 20 years old.

She found South Korea may be a growing market for U.S. grapefruit. Furthermore, South Korean consumers generally consider U.S. products as high quality, so U.S. growers would have a chance to profit by selling with a premium, Heng said.

“We really look at this study and South Korea as information to see if we can increase younger consumers in other countries,” said Lisa House, a UF/IFAS professor of food and resource economics and a study co-author. In addition to eating grapefruit, South Koreans also use grapefruit in beer, tea and ice cream, so marketing opportunities abound.

“I think growers would be happy to see there are still potential markets,” said Heng, a co-author of a new Extension document on the South Korean grapefruit market, http://bit.ly/2loK0cM.

American growers account for 60 percent of all the grapefruit imported by South Korea, according to the Extension document, which outlines Heng’s research results and explains South Koreans’ market potential. South Korea imported $23.56 million of grapefruit in 2014.

In fact, if future studies find that younger consumers in other countries also like these ways to consume grapefruit, this might help increasing consumption in other regions, she said. The U.S.-South Korea Trade Agreement, implemented in 2012, has enhanced the relationship between the two countries by reducing barriers, Heng said. This should allow U.S. growers to gain a larger share of the South Korean market.