Graphene: A Quantum of Current 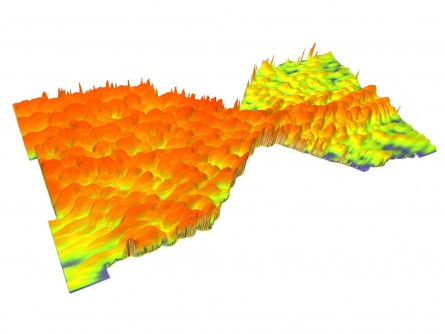 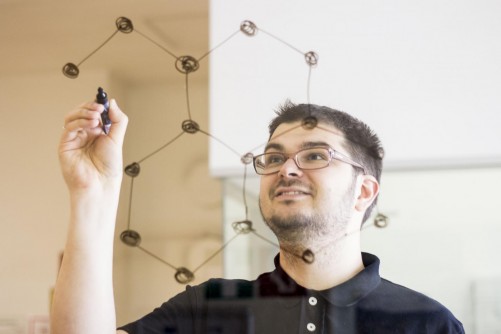 Newswise — In 2010 the Nobel Prize in physics was awarded for the discovery of the exceptional material graphene, which consists of a single layer of carbon atoms arranged in a honeycomb lattice. But graphene research did not stop there. New interesting properties of this material are still being found. An international team of researchers has now explained the peculiar behaviour of electrons moving through narrow constrictions in a graphene layer. The results have been published in the journal Nature Communications.

The Electron is a Wave

"When electrical current flows through graphene, we should not imagine the electrons as little balls rolling through the material", says Florian Libisch from TU Wien (Vienna), who led the theoretical part of the research project. The electrons swash through the graphene as a long wave front, the wavelength can be a hundred times larger than the space between two adjacent carbon atoms. "The electron is not confined to one particular carbon atom, in some sense it is located everywhere at the same time", says Libisch.

This effect can also be observed in other materials. Detecting it in graphene was much more difficult, because its complex electronic properties lead to a multitude of additional effects, interfering with each other. The experiments were performed at the group of Christoph Stampfer at the RWTH Aachen (Germany), theoretical calculations and computer simulations were performed in Vienna by Larisa Chizhova and Florian Libisch at the group of Joachim Burgdörfer.

For the experiments, the graphene sheets hat to be etched into shape with nanometre precision. "Protecting the graphene layer by sandwiching it between atomic layers of hexagonal boron nitride is critical for demonstrating the quantized nature of current in graphene" explains Christoph Stampfer. Current through the devices is then measured at extremely low temperatures. "We use liquid helium to cool our samples, otherwise the fragile quantum effects are washed out by thermal fluctuations" says Stampfer. Simulating the experiment poses just as much of a challenge. "A freely moving electron in the graphene sheet can occupy as many quantum states as there are carbon atoms", says Florian Libisch, "more than ten million, in our case." This makes the calculations extremely demanding. An electron in a hydrogen atom can be described using just a few quantum states. The team at TU Wien (Vienna) developed a large scale computer simulation and calculated the behaviour of the electrons in graphene on the Vienna Scientific Cluster VSC, using hundreds of processor cores in parallel.

As it turns out, the edge of the graphene sheet plays a crucial role. "As the atoms are arranged in a hexagonal pattern, the edge can never be a completely straight line. On an atomic scale, the edge is always jagged", says Florian Libisch. In these regions, the electrons can occupy special edge states, which have an important influence on the electronic properties of the material. "Only with large scale computer simulations using the most powerful scientific computer clusters available today, we can find out how these edge states affect the electrical current", says Libisch. "The excellent agreement between the experimental results and our theoretical calculations shows that we have been very successful."

The discovery of graphene opened the door to a new research area: ultrathin materials which only consist of very few atomic layers are attracting a lot of attention. Especially the combination of graphene and other materials - such as boron nitride, as in this case - is expected to yield interesting results. "One thing is for sure: whoever wants to understand tomorrow's electronics has to know a lot about quantum physics", says Florian Libisch. 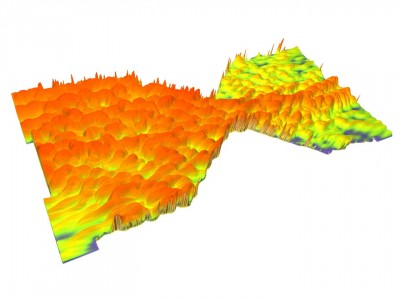 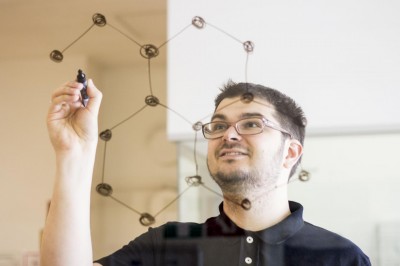