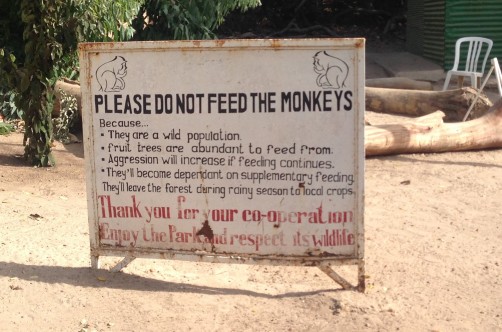 Newswise — Already it’s known that many deadly diseases that afflict humans were originally acquired through contact with animals. However new research from the University of Warwick shows that pathogens can also jump the species barrier to move from humans to animals.

The research which was co-authored by Mark Pallen, Professor of Microbial Genomics, Warwick Medical School, University of Warwick, has been published in the American Society of Microbiology’s journal Applied and Environmental Microbiology.

The study shows that green monkeys in The Gambia acquired Staphylococcus aureus, one of the five most common causes of infections after injury or surgery, from humans.

In the study, experts isolated strains of S. aureus from the noses of healthy monkeys in The Gambia and compared the monkey strains with strains isolated from humans in similar locations. Professor Pallen said: “We used a technique known as high-throughput sequencing to gain an exquisitely detailed view of the relationships between the various strains. The results showed that monkeys had acquired S. aureus strains from humans on multiple occasions.”

Most of the S. aureus found in monkeys were part of a clade, a group with common ancestors, which appeared to have resulted from a human-to-monkey transmission event that occurred 2,700 years ago.

Two of the most recent human-to-monkey transmission events appear to have taken place around three decades ago, and roughly seven years ago, respectively. These events appear to be the result of human encroachment into the monkeys’ natural habitat, and probably resulted from transfer of human bacteria from hands to food that was then fed to monkeys, according to the report.

The investigators found no evidence of transmission of S. aureus from monkeys to humans. Interestingly, strains that jump from humans to monkeys lose genes that are known to confer adaptation to the human host.

Humans acquired many of the diseases that have been among the deadliest, historically, from the livestock domesticated in the early years of civilization. In the last few generations, the combination of increasing human encroachment on wild ecosystems, and increasing human travel has led to acquisition and spread of diseases ranging from HIV to Lyme disease. Professor Pallen added: “As humans encroach ever more steadily into natural ecosystems, the risk increases that pathogens will be transmitted from humans to animals, or vice versa.”

Whole-genome sequencing reveals transmission of Staphylococcus aureus from humans to green monkeys in The Gambia. Published in the American Society of Microbiology’s journal Applied and Environmental Microbiology

The American Society for Microbiology is the largest single life science society, composed of over 47,000 scientists and health professionals. ASM's mission is to promote and advance the microbial sciences.

ASM advances the microbial sciences through conferences, publications, certifications and educational opportunities. It enhances laboratory capacity around the globe through training and resources. It provides a network for scientists in academia, industry and clinical settings. Additionally, ASM promotes a deeper understanding of the microbial sciences to diverse audiences.