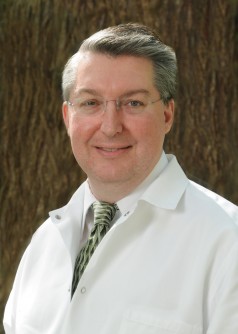 Newswise — LOUISVILLE, Ky. – Gregory Barnes, M.D., Ph.D., is the inaugural permanent director of the University of Louisville Autism Center. Barnes comes to UofL from Vanderbilt University. Barnes also will hold the Spafford Ackerly Chair for Child and Adolescent Psychiatry and faculty positions in the departments of Neurology and Pediatrics.

“Dr. Barnes is a national leader in providing care for people who are affected by autism,” said David L. Dunn, M.D., Ph.D., executive vice president for health affairs at UofL. “His emphasis on evidence-based treatment, teamed with his research into potential genetic influences into the development of the disorder, as well as the potential influence in epilepsy, make him a perfect fit for our program.”

He earned his bachelor of science degree in molecular biology from Vanderbilt University before earning his doctorate in biochemistry from the University of Kentucky. He also earned his medical degree from UK. He served his pediatric residency at St. Louis Children’s Hospital in affiliation with Washington University School of Medicine. He served as a clinical fellow in pediatrics, neurology and epilepsy at Boston Children’s Hospital and Harvard Medical School. He completed an epilepsy research fellowship from the Duke University Center for the Advanced Study of Epilepsy.

The UofL Autism Center at Kosair Charities, located at 1405 Burnett Ave., offers children, parents and community partners a single source for expert treatment, referral and information. It is a joint effort by the UofL departments of Psychiatry and Behavioral Sciences and Pediatrics and the College of Education and Human Development that will eventually incorporate resources from other university programs. The university-based partnership serves as the focus for collaboration with other community-based autism services and advocacy groups.