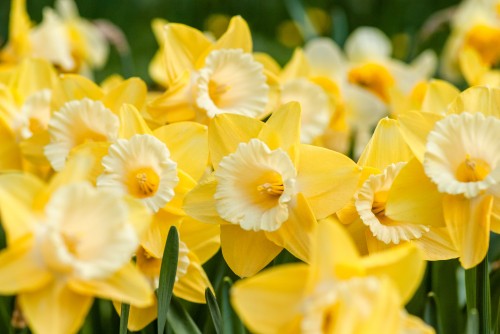 While there have been substantial improvements in the treatment of cancer over the years, three out of 10 patients still will not survive longer than five years post diagnosis, as a result of either cancer progression or death from severe treatment-related side effects.

Stephanie Reuter Lange, a Cancer Council Beat Cancer Project Fellow and Associate Professor in Clinical Pharmacology, is hoping to change that by perfecting the idea of personalised cancer treatment, or dose individualisation, through the help of a computer program.

“Cancer medicines must be administered at a dose that is strong enough to treat the cancer, but not too strong to cause toxic side effects,” Associate Professor Reuter Lange says.

“While this is well known, most cancer treatments are given as a “one-size-fits-all” amount. Given that everyone is unique, it makes sense that patients will react differently when given the same treatment, resulting in some patients being under-treated and others being over-treated.

“An under-treated patient won’t receive the right amount of medicine to treat their cancer, which could result in the treatment not working. Whereas, an over-treated patient can receive too much medicine, which has the potential to make them incredibly sick.

“We want to find a way to ensure that we strike the right balance every time and give patients the best chance of survival.”

The computer program takes what is known about the cancer medicine and integrates it with information on how and why people differ, to identify the optimal dose for each individual patient. For the first time, this approach puts this state-of-the-art technology at the bedside to help doctors make dosing decisions that maximise the chance of treatment success for every patient.

“Approximately half of patients receiving chemotherapy have an unplanned visit to the emergency department within one month of receiving treatment, and one in eight of these cases is related to drug therapy. However, studies show that up to 50 per cent are actually preventable,” Associate Professor Reuter Lange says.

“Through our research, we hope to make that statistic a reality.”

Adelaide resident Johanna believes Associate Professor Reuter Lange’s research has the potential to make a real difference to cancer patients. 18 months ago, Johanna was diagnosed with breast cancer. Today, she still lives with the side effects of her treatment.

“I had no family history of breast cancer, so it was a significant shock when I received the diagnosis. Two weeks later, I started on a nine month ‘treadmill' of chemotherapy, followed by an operation and then radiation” she says.

“During my first chemotherapy session, I had a reaction to one of the chemotherapy drugs. Within just a few minutes, I had trouble breathing and they had to stop the drug pretty quickly. It was really scary, particularly with it being my first session. It made me very anxious about what to expect with the subsequent sessions.”

Johanna said that while the medication throughout treatment helped her to manage most of the side effects, the long-lasting impacts can still be felt today.

“My brain is not working like it used to and even now, 18 months later I find the brain fog and lack of energy and drive a real challenge every day. Also, throughout treatment I started to get really bad pins and needles in both hands and feet and lost both my big toenails. I still get really bad pins and needles today and have trouble being on my feet for long as well as struggle with walking and hiking, which I used to absolutely love,” she says.

“The treatment was incredible and saved my life, but it did come at a cost. If there was some way to monitor the side effects throughout treatment and reduce them, it really would make such a difference, not just during treatment but also with the lingering side effects after treatment which is often forgotten.

“Cancer really is such a complex disease and needs complex treatment and care, and this type of research will help provide that for people like me.”

Associate Professor Reuter Lange’s work is funded through Cancer Council’s Beat Cancer Project, the single biggest source of research funding in the state outside of the Federal Government.

All the money raised this Daffodil Day, Thursday 25 August, will go towards funding groundbreaking research projects like Associate Professor Reuter Lange’s, which have the potential to transform treatment outcomes for cancer patients.

For more information on Daffodil Day and to show your support, visit daffodilday.com.au.

About Cancer Council’s Daffodil Day Appeal The Daffodil Day Appeal is Cancer Council’s much-loved fundraising campaign, raising vital funds for cancer research. It is a day of hope when Australians show their support for the people they know (or even those they don’t know) who have been impacted by cancer and give hope for a cancer free future. For more information visit daffodilday.com.au.