GW Expert: "These Labor Factors Are Now Entrenched in the U.S. Economy" 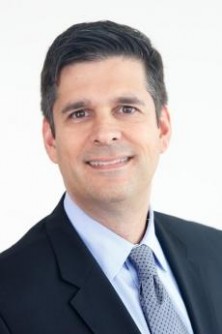 Newswise — 261,000 U.S. jobs were added in the month of October and the unemployment rate rose slightly to 3.7 percent, according to the U.S. Bureau of Labor Statistics. One professor at the George Washington University says this latest report shows that low unemployment, job shifting, and pay raises are now factors entrenched in the U.S. economy.

If you would like more context on this matter, please consider Christopher Kayes, a professor of management and the chair of the Department of Management at the GW School of Business. He is an expert on leadership, resilience, teams, and workplace well-being. Despite a slight rise in the unemployment rate, Kayes says it still sits below four percent, a signal to him that low unemployment is becoming a permanent fixture in the U.S. economy.

“We need to take seriously the fact that low unemployment, job shifting and pay raises are going to be a permanent part of the economic landscape moving forward,” Kayes says. “With this data, we see that the Federal Reserve is going to have a difficult time achieving its goals in the short term. So, we’re probably going to continue to see rate increases over the next year perhaps and focusing more on the housing market because it doesn’t look like the labor market is going in the direction the Federal Reserve is hoping.”

Looking through the end of the year, Kayes says he believes the labor market will continue trending in the way it has been over the last several months, marking the start of a new three-year trend.

“Not only will we finish out the year this way, but I think we’re in the first year of a three-year trend where we’re going to have low unemployment. Low unemployment is essentially entrenched in the U.S. economy today.”

Kayes can also discuss trends in the seasonal job market. He finds more companies appear to be taking a much more reserved approach to hiring seasonal workers this holiday season, despite consumer demand remaining consistent.

Business Ethics Economics In the Workplace