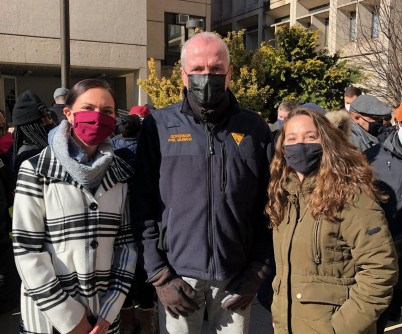 “We are proud to do our part to help address the epidemic of gun violence in this country, which claimed nearly 44,000 Americans last year, a national record,’’ said Robert G. Garrett, FACHE, CEO of Hackensack Meridian Health. “We are losing about 120 Americans a day to senseless gun violence, especially in communities of color, and we must take urgent action to address this serious public health threat.’’

Since the launch of Project HEAL (Help, Empower and Lead) a year ago, more than 175 clients have been aided in multiple ways: through counseling, emergency financial assistance, legal advice, transportation assistance and more. As the program celebrates its one-year anniversary in March, several milestones have been met.  More than 600 individual and group counseling sessions have been provided, as well as hundreds of instances of emergency financial assistance, health screenings, informing of victims’ rights and referrals to available legal, medical and faith based services, assisting clients. The new grant will enable the program to expand its services into the community to serve adolescents who are victims of violence and their family members. Across the nation, hospital-based violence intervention programs have reduced homicides by as much as 60 percent in areas where they are implemented.

These community-based violence intervention funds will enhance Project HEAL's existing infrastructure by enabling the team to access Monmouth County's at-risk youth, ages 13-20, and provide them with the holistic support needed to break the cycle of violence. “Health networks are now joining the front lines to help end the cycle of violence.,’’ said Lisa McDermott, LCSW, LCADC, Clinical Program manager for Project HEAL. “As we celebrate our one-year anniversary, Project HEAL will build even greater connections with local school districts and faith-based organizations to deploy Peer Specialists, who are impacted, local, young adults who can act as a mentor to provide alternatives to violence. .’’

Community violence and victimization is rarely a one-time event. “Yet, victims often find themselves returning to the very same circumstances that contributed to their injury without resources to prevent future violence,” said Kenneth N. Sable, M.D., MBA, FACEP, regional president, Southern Market, Hackensack Meridian Health. “I’m grateful for the efforts of the Project HEAL team to intervene in the lives of these individuals to help stop the cycle of violence.”

In urban settings, it’s estimated that 41 percent of victims of violence are re-injured within a five year period; one in five will die in that five-year period. While 120 people die every day to gun violence, 200 more are shot and must endure the lifelong consequences of those injuries, a horrifying epidemic that is especially pronounced in communities of color. Young Black men and teens made up more than one-third of firearm homicide victims, according to the Centers for Disease Control and Prevention. Their death rate is 20 times higher than white males of the same age group.

According to data from the Uniform Crime Report, three areas of concern in terms of violent crime are Asbury Park, Neptune Township, and Long Branch City. Combined, these areas saw 12 murders and 744 aggravated assaults in the past three years.  Between January 2016 and August 2019, Jersey Shore University Medical Center’s internal medical data shows that they treated 408 violent injuries in a variety of different capacities: 107 by fist, 176 by knife, 84 by gun, and 41 by other means.

“Caring for our community, whether it’s within our medical center walls or through our outreach efforts, is at the core of everything we do,” said Vito Buccellato, MPA, LNHA, president and chief hospital executive, Jersey Shore University Medical Center.

New Jersey hopes to serve as a national model of rethinking how to treat violence from a clinical standpoint, as well as a criminal justice standpoint. Project HEAL launched with part of a $20 million federal grant to stem community violence, and continues to utilize holistic, trauma-informed therapies enhanced with options for extra curricular activities, career development, and healthy lifestyle options to aid in ending the epidemic.

For more information about the program, call 732-897-8190 or visit www.hackensackmeridianhealth.org/project-heal/.