Halloween Indicates If Holiday Season Will be Retailers’ Trick Or Treat 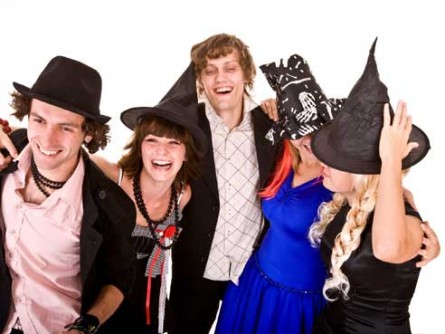 Newswise — There are 14 million people officially unemployed in the United States; another 12 million have stopped looking for jobs. Yet the ghoulish economy is not scaring away Halloween consumers, and that means the holiday season will not be a nightmare for retailers.

“Halloween sales really reflects well the mood of the consumer and the economy in this country,” says Mickey Gee, M.A., executive-in-residence at the University of Alabama at Birmingham School of Business. “Halloween sales is a number that we as retailers really look at because it often will indicate how much extra help we need to hire for the holiday season, how much we need in inventory levels and the amount of promotion we need to do or not do.”

The National Retail Federation says the average person will spend almost $75 on Halloween, up nearly $10 dollars per person from last year. According to Gee, an instructor with the UAB Department of Marketing, Industrial Distribution and Economics, Halloween is the second largest event-driven season for retailers.

“With costumes, decorations, pumpkins and candy, Halloween will approach almost $7 billion in total expenditures, which is more than double what was spent in 2005,” said Gee. “I even saw one statistic that said people will spend around $300 million this year just to dress their pets.”

So why is Halloween a treat for those being tricked by the economy? Gee, an active retailer for 40 years, says Halloween is exactly what people need because of the economy. “We get tired of all bad news that we get inundated with on the nightly news,” Gee said. “People are ready for a little frivolity, so – dress up like a ghoul and have a good time!”

Almost half of adults and children will wear a costume this Halloween. That doesn’t necessarily mean it will be a great retail season. Gee is quick to point out – you don’t have to go to Target to be a pirate. Even so, he believes holiday sales predicted to increase 2 percent to 2.3 percent from this past year is an underestimate.

“This year we are predicting a pretty robust Halloween season, but so far our predictions for the holiday season have been a little bit less than robust,” says Gee. “When we finally get our numbers in here for Halloween I think you’ll see those holiday numbers go up in early November.”

About UABKnown for its innovative and interdisciplinary approach to education at both the graduate and undergraduate levels, the University of Alabama at Birmingham (UAB) is an internationally renowned research university and academic medical center and the state of Alabama’s largest employer.