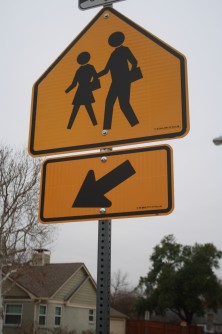 Newswise — Several cities and states across the nation are now adding bicycle paths and walking trails to their list of transportation priorities as lifestyles become increasingly sedentary and congested roads need repair.

Pennsylvania joins Colorado and Delaware in changing gears and investing in infrastructure. In September, California boosted state funding for projects that improve walking, bicycling and safer routes to schools by 35 percent.

For the first time, Pennsylvania dedicated $10 million of its five-year transportation funding initiative, expected to total $2.4 billion, for programs to create sidewalks, bike lanes and other pedestrian facilities. These programs will receive $2 million a year from an annual $144 million Multi-Modal fund that also supports aviation, rail freight, passenger rail, ports and waterways. After allocations are made, proponents of pedestrian and bicycle initiatives can bid for remaining Multi-Modal funds every year, along with the other modes of transportation.

“Many communities lack safe and well-designed walking and biking routes, so including them within transportation plans will help create more active communities, more balanced transportation systems and cost-effective opportunities to improve physical activity and overall health,” said Jill Birnbaum, vice president of state advocacy for the American Heart Association, which worked with Keystone Transportation Funding Coalition and Walk and Ride PA in encouraging the state Legislature to allocate the funds.

Studies have found that community design and development can affect physical activity and obesity rates. Safe sidewalks, green spaces, parks, public transportation help lower the risk for developing chronic disease. But communities no longer invest in the infrastructure like they once did.

It’s because communities are being developed for cars, not people, said Margo Pedroso, deputy director of the Safe Routes to School National Partnership. The percentage of children walking or biking to school has dropped dramatically, from 50 percent in 1969 to 13 percent in 2009.

Post-World War II growth patterns and street designs tend to favor the automobile over walking and bicycling, according to the Complete Streets Coalition, part of the nonprofit organization Smart Growth America.

People do tend to like more walkable communities, according to a National Association of Realtors survey that showed buyers prefer neighborhoods with houses, stores and businesses that are easy to reach by foot. Nearly half of the survey’s participants also said there weren’t enough safe bike routes.

Some cities are joining states in increasing biking routes, such as Portland, Ore., which has been working on adding bikeway infrastructure. Today, more than 60 percent of Portland homes are within a half-mile of a neighborhood bikeway, according to the city. That’s up from 29 percent in 2006.

Meanwhile, New York City, Chicago and San Francisco all have recently participated in bike-share programs, in which bicycles are available at low or no cost for short-term public use.

As states and cities look at the transportation options, some officials are concerned about how to finance the expansion of walking and cycling options. The St. Louis County Council in Missouri changed a proposal that would have required every new road project in the county to incorporate elements of “Complete Streets,” instead passing a bill Jan. 22 that required that costs be considered and projects to receive county council approval.

The bill will replace one passed in 2010 that encouraged Complete Streets when they were “practical, economically feasible and maintainable.”

Complete Streets are designed and operated to provide safe access for all users — motorists, pedestrians, bicyclists, transit users, the elderly, and the disabled, according to the Missouri Complete Streets Information Center.

The Complete Streets bill passed 6-0, with one abstention from the St. Louise county council. David G. Wrone, spokesperson for the St. Louis County Departments of Highways and Traffic and Public Works, praised the bill for addressing the financial implications and engineering requirements of Complete Streets projects.

Providing safe, planned areas for getting physical activity, including walking to school is a key focus of the AHA’s Voices for Healthy Kids program, which is working with the Safe Routes to School National Partnership and other organizations to reduce childhood obesity. The groups will continue to support state and community advocacy to increase walking and bicycling.

Voices for Healthy Kids is a collaboration between the American Heart Association and the Robert Wood Johnson Foundation that’s working to reverse childhood obesity and improve the health of all communities. There are now more than 23.5 million children and teens in the U.S. who are overweight or obese. Voices for Healthy Kids advocates for changes to local, state, and federal policies that help young people eat healthier foods and be more active.