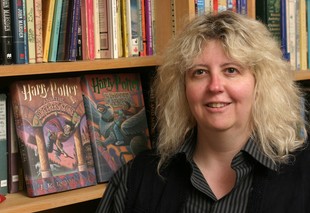 Newswise — For years, author J.K. Rowling has enchanted readers with the many adventures of Harry Potter, and while many are sorry to see the series end, even more have great anticipation as to what the final chapter will bring.

A few of Alton's initial thoughts on the subject:

"¢ "This series has been one of the most popular literary series in living memory, and readers all over the world are keen to see how Rowling solves the rest of the mysteries and brings about her conclusions."

"¢ "Rowling is a master story smith, and many people read her books because they not only want to know what will happen next, but they also enjoy entering her magical world and encountering the characters who inhabit it. Her writing style is extremely accessible, which makes the books easier to read for people with a very wide variety of reading abilities."

"¢ "Rowling has stated emphatically that this will be the last book in the series. While this in turn has led to widespread debate as to whether Harry will die in the final installment, I really don't see that happening. Not only would Harry's demise ruin the series — at least for those of us who are dedicated readers — but Harry's death would be inconsistent with where I think Rowling is headed in relation to notions of heroism and the ultimate conflict between good and evil."

Alton also specializes in several authors, including Charlotte BrontÃ«, J.M. Barrie, P.L. Travers, Charles Dickens, Terry Pratchett, Diane Duane, Maurice Sendak and Louisa May Alcott. She is the editor of a new edition of Alcott's "Little Women," which includes historical, social, political and biographical contexts for the novel, and is currently working on a critical edition of J.M. Barrie's "Peter Pan."