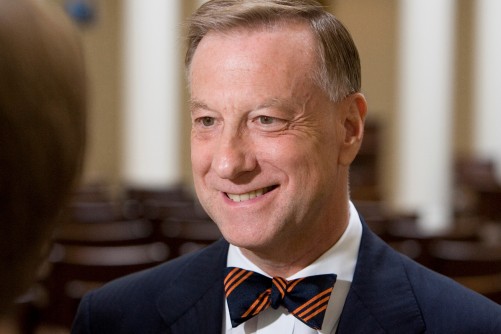 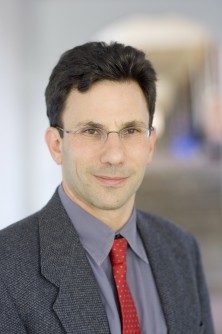 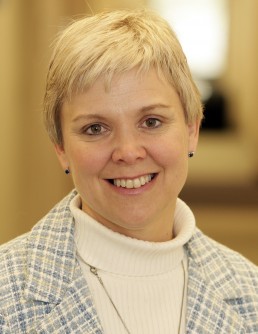 Newswise — The following University of Virginia professors are available to speak about health care reform.

Garson, executive vice president and provost of the University of Virginia, is a nationally recognized authority on health policy and reform. He has served on the White House panel on Health Policy and as chairman of the American College of Cardiology’s task force on the uninsured. He has served on the Institute of Medicine Task Force on rapid improvements in the health care system, and the Commonwealth Fund Task Force on Health Insurance and the Uninsured. In 2003, he was appointed chairman of National Advisory Council of the Agency for Healthcare Research and Quality in 2003, and currently serves on the Governor of Virginia’s Health Reform Commission, chairs the Workforce Subcommittee, and is a special consultant on access and the uninsured.

Garson helped originate and draft the "Health Partnership Act" (S. 325 and H.R. 5606), which funds grants to states for innovations to improve coverage for the uninsured, quality and efficiency. He teaches the introductory health policy course, Myths and Realities of American Health Care. His book, "Health Care Half Truths: Too Many Myths, Not Enough Reality," was published in April 2007.

Garson and co-authors Carolyn L. Engelhard of U.Va. and Stan Dorn of the Urban Institute recently published a provocative paper, "Reducing Obesity: Strategies from the Tobacco Wars," which has garnered a great deal of media attention and comment.

"For the first time since the Civil War, American life expectancy is going down, and the reason it is projected to go down is obesity," Garson said at a recent Urban Institute forum. Policies that worked for smoking – such as clear and simple labeling, restrictions on advertising and a financial incentive in the form of a tax on junk food – could not only reduce consumption but also raise money for health care, he said.

Hafemeister is an associate professor at the U.Va. School of Law, as well as the director of legal studies at U.Va.'s Institute of Law, Psychiatry and Public Policy.

Hafemeister teaches courses in medical malpractice and health care quality, bioethics and the law, mental health law and psychiatry and criminal law, and has published articles on health, public health, and mental health care policy, as well as range of other issues, including elder abuse, underage drinking and the psychology of jury selection and juror stress. He has written extensively about alternative approaches to medical malpractice in cases of medical error and the effects of pharmaceutical and medical product advertising and marketing on doctor-patient relationships.

Medical malpractice insurance premiums typically rise when the stock market drops and insurance companies’ coffers run low, Hafemeister said, not because of an increase in plaintiffs’ awards. “Very few plaintiffs prevail in such suits,” he said, “and most patients who experience an adverse medical event never file a lawsuit.”

“The challenge,” he added, “is finding an approach that enhances health care quality and provides appropriate compensation without skewing the delivery of health care.”

Massaro is associate dean for graduate medical education and director of performance improvement at the U.Va. Medical Center. A professor of pediatrics and the Harrison Foundation Professor of Medicine and Law, he teaches a health care reform seminar and medical care for children.

“Health systems should be in a constant state of evolution, but we should strive to have a well-articulated and consistent set of principles that guide the reform agenda,” Massaro said. “Most developed countries have a clear statement of the strategic goals and objectives of their health care programs. We do not. I hope Congress and the executive branch spend some time debating the big picture before they get to the details of who pays for what services for whom.”

Riley teaches health law at the School of Law and in the Department of Public Health Sciences at U.Va.'s School of Medicine.

“I am quite sure that something will pass," she said of health care legislation. "The question is how comprehensive it will be, what or who will be left out and what funding sources will be used. But for a comprehensive plan to pass, all the cards will have to line up perfectly, there will need to be a stronger sense of cooperation than I've seen thus far in Congress, and a great deal of political luck will be needed.

“Everyone agrees that some change is needed, but they disagree on what that change should be. And everyone's second choice is to do nothing, and that is a position that may have less political risk, especially in this economy.”

Patashnik is an expert on the politics of health care and a U.Va. professor of politics and public policy. Recently, he was appointed associate dean of the Batten School of Leadership and Public Policy and was awarded two national grants to research the politics of efforts to improve the use of evidence in medical decisions. He is the author of "Reforms at Risk: What Happens After Major Policy Changes Are Enacted" (Princeton University Press, 2008). Patashnik says that both sides in the health-care debate are using scare tactics to make their points. "There is considerable social science evidence that voters exhibit a negativity bias, meaning they focus more on losses than on gains of equal size. It should not be a surprise that senior citizens – who fear cuts to their Medicare benefits – have been more vocal than have the people who would benefit from expanded insurance coverage."

Engelhard is a U.Va. assistant professor of medical education and a health policy analyst at the Department of Public Health Sciences. She is the co-author with Dr. Arthur Garson Jr. and the Urban Institute of "Reducing Obesity: Strategies from the Tobacco Wars," a provocative paper which garnered a great deal of media attention and comment. ngelhard says politicians and stakeholders less interested in health care reform than in winning: "Those politicians and stakeholders around the table don't really care. What they want is to get what they want. They want to win. So politics is really about power, more than truth. And it's about winning, more than being right." 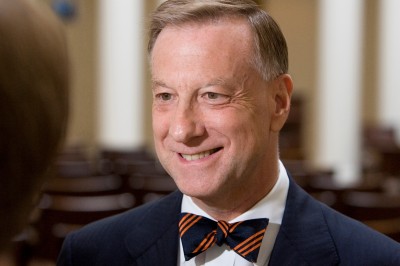 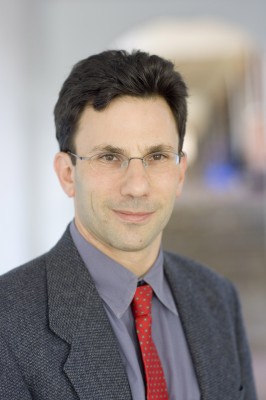 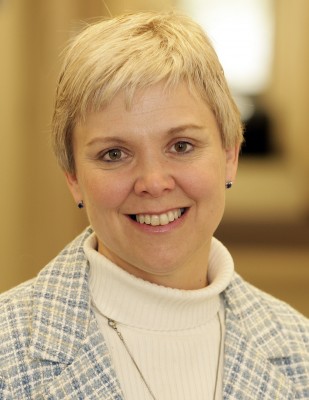