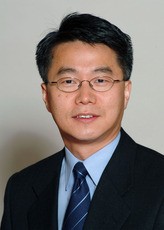 Newswise — People with no risk factors for heart disease can still experience heart attacks. An Indiana University study found that after a countywide smoking ban was implemented, hospital admissions for such heart attacks dropped 70 percent for non-smokers -- but not for smokers.

"Heart attack admissions for smokers saw no similar decline during the study, so the benefits of the ban appear to come more from the reduced exposure to second-hand smoke among non-smokers than from reduced consumption of tobacco among smokers," said Dong-Chul Seo, lead author and an assistant professor in IU Bloomington's Department of Applied Health Science.

The study, published in the latest Journal of Drug Education, was the first to examine the effect of public smoking bans on heart attacks in non-smokers. Previous studies did not distinguish between non-smokers and smokers when examining the effect of the bans or specifically look at non-smokers who had no risk factors for heart disease, such as high blood pressure, high cholesterol or previous heart surgery.

Exposure to second-hand smoke for just 30 minutes can rapidly increase a person's risk for heart attack, even if they have no risk factors. The smoke, which contains carbon monoxide, causes blood vessels to constrict and reduces the amount of oxygen that can be transported in the blood.

"What concerns us is the fact that about half of all non-smoking Americans are regularly exposed to second-hand smoke, even though more than 500 municipalities nationwide have adopted some form of a smoking ban in public places," said Seo, whose research interests include smoking and obesity prevention.

Researchers examined hospital admissions for acute myocardial infarction (AMI) in Monroe County, Ind., and Delaware County, Ind., which are comparable in a number of ways, including population, presence of a college community, median income, racial/ethnic diversity and heart disease death rates. AMI, commonly referred to as heart attack, occurs when the blood supply to a part of the heart is blocked. It is the leading cause of death for men and women nationwide. Delaware County had no smoking bans during the study period, while Monroe County prohibited smoking in restaurants, bars, retail spaces and workplaces.

The study compared the two counties in addition to analyzing the 35,482 hospital admissions in Monroe county 22 months before and 22 months after the initial smoking ban was adopted. In Monroe County, there was a 70 percent drop in the number of hospital admissions for AMI among non-smoking patients with no history of heart disease, compared to an 11 percent drop in Delaware County. This translates into a 59 percent net decrease in the number of non-smoking patient admissions for heart attacks after the Monroe County public smoking ban was enforced.

The study was supported by the American Institutes for Research and Indiana Tobacco Prevention and Cessation. The co-author is Mohammad R. Torabi, professor and chair of the Department of Applied Health Science in IU Bloomington's School of Health, Physical Education and Recreation.