Newswise — November 6, 2019 – Quinoa is a healthy food many know and love. As its popularity grows, more farmers are interested in planting it. However, the plant doesn’t do well in high temperatures, so plant breeders are trying to help.

Many of the current methods for seeing if a quinoa plant is heat tolerant are time-consuming and expensive. Researchers, led by professor Kevin Murphy at Washington State University, have been looking into more efficient methods for determining heat tolerance in quinoa.

“Temperatures above 95 °F often result in lower seed yield,” Murphy explains. “So, the goal of this study was to test new, efficient methods in the field. This can help us find heat-tolerant plant types in our breeding program and incorporate those genetics in new varieties.”

To conduct the research, hand-held devices are placed near the plant to measure the light they absorb and reflect. For example, plants may reflect near infrared light while absorbing red light.

By measuring these characteristics of a particular quinoa plant, researchers can get an idea of how well it is growing under certain conditions, such as high temperature. This provides them with information on how heat tolerant it is or how much grain it might produce.

These measurements — although involving complex math — are easy, cheap, and quick to take in the field. They are called spectral reflectance indices. They are rapid measurements of the wavelength of the energy collected.

“The primary benefit is that it can be cheaper, quicker, and more efficient to select for heat tolerant plants with these technologies,” Murphy says. “This is especially helpful when we are looking at thousands of distinct genetic lines during different times in the testing process.”

In their latest study, Murphy’s team started with 112 genetically different quinoa plants. By introducing the plants to heat stress and taking leaf-greenness and seed yield measurements, they identified eight varieties for further testing. Of these eight, four were considered as potentially heat tolerant and four as heat susceptible varieties.

Next, they planted the varieties in the field and took more measurements to try to predict how much grain they would produce in different conditions, such as high temperatures.

Murphy and his team found that one type of measurement, the leaf greenness index, could be useful for evaluating quinoa for heat tolerance. They also found that a measurement, called the normalized difference vegetation index, shows promise for predicting yield in quinoa plants.

“The primary idea is that we would use normalized difference vegetation index on plots for breeding purposes,” Murphy explains. “This would help us inform our selection process or even be a part of a selection index for heat tolerance.”

He adds that breeding for heat tolerance is becoming more and more important. This is because some areas either have slowly increasing temperatures or more frequent and extreme spikes in temperature. The plants then experience more stress at different times in the growing season.

Murphy’s motivation for researching quinoa stems from its importance as a health food, particularly its potential to contain all nine essential amino acids that create a complete protein. He says the next steps in this work are to continue to explore and develop novel methods for selecting heat and drought tolerant quinoa varieties.

“I began eating quinoa in 1993 when I lived in Ecuador for six months, and have enjoyed it ever since,” he says. “When I had the opportunity to expand my research scope in 2009, I chose quinoa because I loved eating it, had grown it in my garden so knew that it would grow well in the area, and because I felt like it would be a valuable contribution to nutritional and cropping system diversity while providing additional marketing opportunities for farmers.” 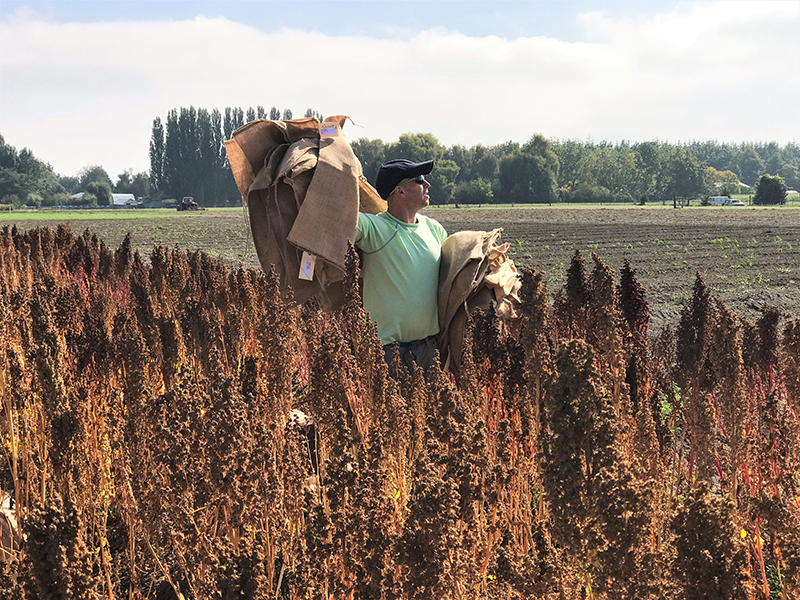 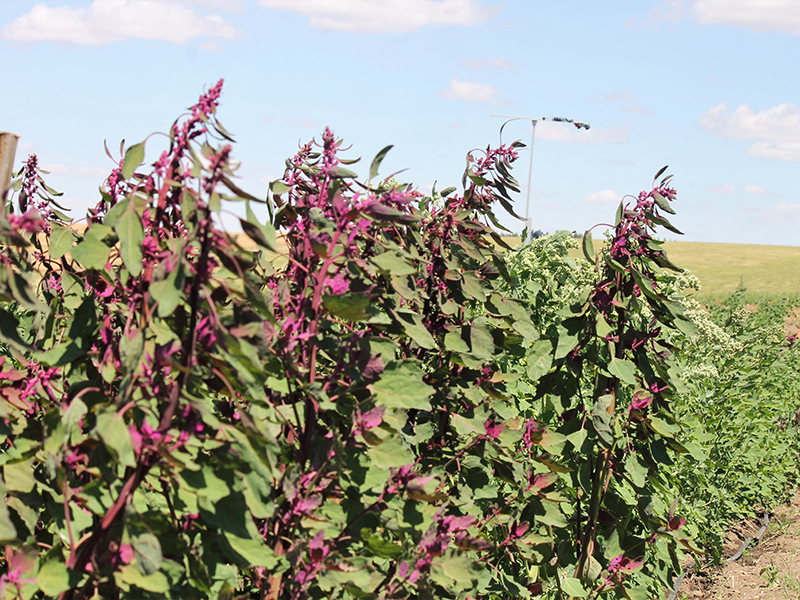