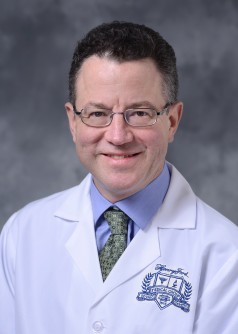 “Dr. Mayer is an internationally renowned leader in neurocritical care,” said William Conway, M.D., CEO, Henry Ford Medical Group. “His clinical innovations are unmatched and we also admire his productivity in designing and executing clinical trials. With Henry Ford being the fourth largest NIH-funded research institution in Michigan, it’s an ideal fit, and we are proud to welcome Dr. Mayer.”

“It is an honor and a privilege to be selected to lead the Department of Neurology at Henry Ford at this crucial juncture,” said Stephan Mayer, M.D., F.C.C.M. “We are on the threshold of introducing exciting new breakthrough treatments for stroke, epilepsy, Parkinson’s Disease, and a variety of other neurological disorders. Moving forward, we will build on Henry Ford’s long tradition of innovation and strive to become a national leader in the development of neurological therapeutics.”

Dr. Mayer recently served as one of two new co-editors for Merritt’s Neurology, 13th Edition (Wolters Kluwer, 2016). He was a founding member and past president of the Neurocritical Care Society. He has been honored with numerous awards over the past decade, including the Society of Critical Care Medicine Neuroscience Specialty Award. He has been named to “Best Doctors in America” and “Best Doctors, Neurology/Neurocritical Care” (New York Metro Region) annually since 2003. He was also the recipient of the American Heart Association’s New York City Chapter Lifesaver Award. His work in helping to organize therapeutic hypothermia for victims of cardiac arrest in New York City was recently featured in the book Cheating Death, by CNN medical correspondent, Dr. Sanjay Gupta.