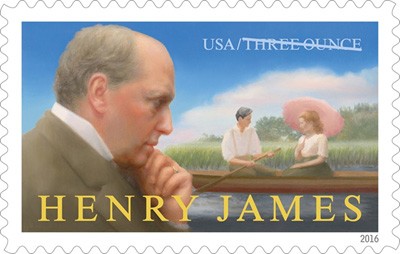 James is known for works such as “Daisy Miller” and “The Turn of the Screw.” The stamp is a non-denominated three-ounce-rate stamp that costs 89 cents.