Hitting a Moving Target: AIDS Vaccine Could Work Against Changeable Site on HIV 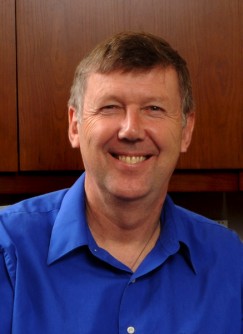 Newswise — LA JOLLA, CA—May 14, 2014—A vaccine or other therapy directed at a single site on a surface protein of HIV could in principle neutralize nearly all strains of the virus—thanks to the diversity of targets the site presents to the human immune system.

The finding, from a study led by scientists at The Scripps Research Institute (TSRI), is likely to influence future designs for HIV vaccines and antibody-based therapies.

“We found, for example, that if the virus tries to escape from an antibody directed at that site by eliminating one of its sugars, the antibody often can latch on to a neighboring sugar instead,” said TSRI Professor Dennis R. Burton, who is also scientific director of the International AIDS Vaccine Initiative (IAVI) Neutralizing Antibody Center and of the National Institutes of Health’s Center for HIV/AIDS Vaccine Immunology and Immunogen Discovery (CHAVI-ID) on TSRI’s La Jolla campus.

Burton was the senior investigator for the study, which appears in the May 15 issue of Science Translational Medicine.

HIV infection is nearly always fatal, if untreated, because the virus is extremely effective at evading the human immune response. Its main strategy is to cover its most exposed parts, the flower-like envelope protein (Env) structures that grab and penetrate host cells, with rapidly mutating decoy proteins and antibody-resistant sugar molecules called glycans.

Yet scientists in the past decade have managed to find a few accessible sites on Env where the protein and glycan structures don’t change much, because they are involved in crucial viral functions. Certain rare antibodies can grab these relatively unvarying structures and thereby neutralize a wide range of viral strains.

A future HIV vaccine would stimulate the immune system to produce high levels of such “broadly neutralizing antibodies,” to provide effective protection from HIV infection. To reach that goal, researchers need to understand better how these antibodies interact with their protein/glycan target sites, particularly when those sites differ, at least subtly, among viral strains.

In the new study, Burton’s team examined a vulnerable site on Env, known as the “high-mannose patch” for the frequency of molecules called mannoses on its glycans. Some of the most effective antibodies against HIV are targeted against this site. One, PGT121, was recently shown both to protect from new infection and to cause a long-term knockdown of established infection in macaque monkeys.

The high-mannose patch on Env is centered on a glycan attachment point designated as N332. At least one recent study has suggested that HIV can “escape” a broadly neutralizing antibody response by mutating in a way that shifts the glycan at this site from N332 to N334. But Burton’s team, including the two lead authors, graduate student Devin Sok and postdoctoral fellow Katie J. Doores, determined that many of the N332-directed antibodies can still neutralize the virus even when it shifts the glycan to N334.

“Escape does not necessarily follow a shift in the glycan site from N332 to N334,” Sok said.

In fact, the team found that a surprising number of antibodies directed at N332 or N334 continue to neutralize HIV even when no glycan is present at either site—apparently because they are able to grab other glycans within the high-mannose patch.

One of the implications of the study is that a broadly neutralizing antibody directed at HIV’s high-mannose patch doesn’t necessarily have a single defined target point—it might find different ways to bind to the available glycans with high enough affinity to neutralize the virus.

And although vaccine researchers have widely assumed that a successful HIV vaccine would have to target multiple vulnerable sites on the virus, the new findings suggest that they may not need to. For the sake of thoroughness, they still aim to do so, but in principle, targeting HIV’s high-mannose patch alone, with diverse types or clones of antibody, could neutralize a high proportion of viral isolates, perhaps 90%, and block most avenues of viral escape.

That appears to put the high-mannose patch at the top of the list of target sites for candidate HIV vaccines.