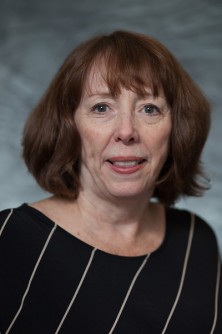 Newswise — In a new study published today in JCI Insight, UC Davis researchers have shown that combining high-intensity focused ultrasound with two immunotherapies (a PD-1 checkpoint inhibitor and TLR9 agonist) can produce excellent response rates in mouse models of epithelial cancer. They also found that, for the combination to be effective, immunotherapies must come first.

“These combination protocols can achieve a complete response in a large fraction of solid tumors,” said Katherine Ferrara, professor of the UC Davis Department of Biomedical Engineering and senior author on the paper. “We found that we could achieve responses in distant lesions, but the specific protocol is really important.”

High-intensity focused ultrasound is a relatively new approach to eliminating or reducing malignant tumors. An ultrasound beam heats up tumor tissue, killing cancer cells in minutes. However, the effect is purely localized. The UC Davis team hoped that by combining it with immunotherapies they could gain more systemic tumor control.

On the immunotherapy side, the PD-1 inhibitor takes the brakes off cytotoxic T-cells, releasing them to fight cancer with greater intensity. The TLR9 agonist boosts dendritic cells and other immune components.

With the ultrasound, researchers were relying on the “abscopal effect,” which is often observed in patients who receive radiation. As cancer cells die, they release antigens that kick up the immune response, focusing T-cells on the tumor and turning a local effect into a systemic one. Ultrasound also contributes by shrinking the tumor, making it more vulnerable to immune attack.

In the study, the team tested the immunotherapies both before and after ultrasound to determine which protocol was more effective. They found that priming the immune response before ultrasound was the best approach, leading to complete responses in 80 percent of mice after 90 days.

“We were surprised the protocol made such a difference,” said Matthew Silvestrini, first author of the study. “For the immunotherapy to be successful, it’s particularly important to start it first. We found the focal therapy could have negative consequences if the immunotherapy wasn’t started first.”

The study showed that early immunotherapy both expanded the T-cell population and primed them to respond – like a swarm of angry bees waiting for a target.

“You get the immune response going, and then you deliver the focal therapy,” Ferrara said.

When given in the correct order, the therapies had a profound impact on tumors, controlling systemic lesions, as well as those being targeted with ultrasound. In addition, treating multiple tumor sites sequentially with ultrasound following immunotherapy was more effective than immunotherapy alone.

The researchers acknowledge they need to better understand why some tumors respond differently than others. They are in the process of developing imaging probes that will help them track a therapy’s effectiveness and quickly hone in on the most beneficial protocols.

“We know we need to personalize these therapies,” said Ferrara. “We’re developing the tools that will help us do that.”