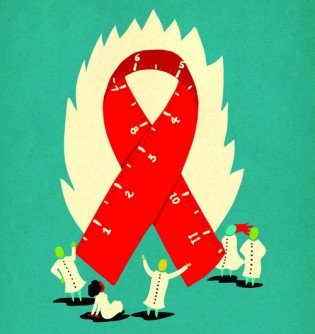 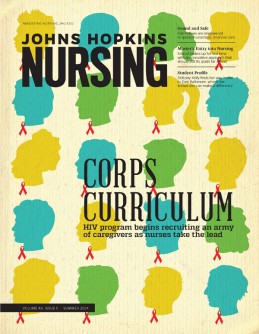 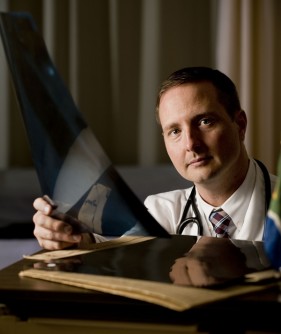 Newswise — The 31-year-old Moore Clinic operated by the Johns Hopkins AIDS Service at the School of Medicine is a historic operation — the second-oldest AIDS clinic in the country. But when Jason Farley, PhD, MPH, CRNP, looks nowadays at the makeup of Moore’s caregiving staff, he worries that he’s seeing too much history. “There are 12 non-physician providers, and I am one of the two youngest. And I’ve been there for 11 years now,” notes Farley, an HIV/AIDS nurse practitioner at the clinic since 2003.

The situation is not isolated to specialty clinics like Moore. A 2014 survey sponsored by the nonprofit HealthHIV found that half of primary care physicians in the U.S. do not provide HIV care because they don’t feel qualified to do so. Of those who do offer care, most are physicians, and 55 percent are over age 50. “We really need to get new young people in,” says Farley, assistant professor at the Johns Hopkins School of Nursing.

HIV can’t tell physicians from nurse practitioners. Neither can studies that look at outcomes among patients treated by the two different groups. So, seeing an opportunity to innovate, the Hopkins School of Nursing developed a new HIV curriculum, launching in September as a specialized degree option within the Adult Geriatric Nurse Practitioner and MSN/MPH/AGNP programs. Those enrolled in these programs can earn an HIV Primary Care Certificate at the same time.

“For many years these specialty training programs in HIV have been available for physicians,” says Farley. “This is the first time we’re offering them to non-physician providers. It’s quite an important development. When you look at data comparing patient outcomes with physician care and with nurse practitioner care in HIV, whether in the United States or in sub-Saharan Africa, those outcomes are the same.”

One factor, Farley says, is that nurse practitioners routinely spend more time with patients than physicians do: “In many studies, we see that patient-provider interactions are especially strong with nurse practitioners, and that results in improved adherence by patients to their treatment regimens.”

The development of the HIV curriculum track is being financed by a five-year, $1.5 million grant financed by the Health Resources and Services Administration (HRSA). Farley opted to place the Hopkins training module inside the nurse practitioner degree program in response to current trends in HIV care. Slowly but steadily, that care has been migrating into primary care settings and out of specialized clinics. The trend is likely to accelerate, both because HIV patients in this country continue to live longer, healthier lives than in years past and because the Affordable Care Act and other public policy efforts are seeking to link more HIV patients with health insurance and, hence, primary care providers.

“The design of our program starts with the recognition that HIV care cannot be provided in a silo, that it needs to be integrated holistically into primary care,” Farley says. “We want our students to get this training right at the same time they’re getting their advanced training in primary care.”

The new curriculum grew out of the application process for the HRSA grant, which made Hopkins one of four schools of nursing (of five awardees) to be funded as a National AIDS Education and Training Center. The Hopkins program is unique in the fact that it will offer the HIV certificate program to adult geriatric nurse practitioner students only. The idea is to build an HIV care program that is sustainable beyond the five years of the grant. "There’s an overarching, societal benefit to treating and maintaining someone in HIV care,” Farley says. “Through this curriculum, students learn how to immediately take the latest findings of research in evidence-based practice and put them to use."

Farley, Principle Investigator for the grant, also serves as clinical core co-director of the Johns Hopkins Center for AIDS Research, which seeks to develop and nurture a new generation of researchers with an emphasis on interdisciplinary work. He also has an adjunct appointment on the faculty at Stellenbosch University in Cape Town, South Africa. There, he is studying treatment outcomes for HIV-positive patients with multi-drug resistant tuberculosis on a grant funded by the National Institutes of Health.

In the U.S., Farley is assessing the dangers posed to HIV/AIDS patients by the multi-drug resistant Staphylococcus aureas, or MRSA. And he is evaluating adherence in the Johns Hopkins AIDS Service to newly issued guidelines for cardiovascular care.

Time in the Field

One innovative twist in the new curriculum track extends the time students spend on field placements. Most nurse training programs operate on a semester model, but students on the HIV track will work in one location for an entire year.

“In the semester model, you may see a patient just twice before it’s time to move on, maybe three times at the most,” Farley says. “That makes it difficult to really know if you’re managing their hypertension well, for example, or their diabetes.”

Another key component of the program is a type of sensitivity training that pushes students to identify negative preconceptions they hold about the patient populations they’ll be serving, notions that could affect care. Early on, students will go out in the field doing “harm-reduction walks” that involve distributing condoms and health information to sex workers, as well as offering HIV testing. “We really want them to reflect about what their preconceptions were and what the reality was,” he says.

Farley prefers the phrase “culturally relevant” to the more popular “culturally competent” when it comes to training students to deliver care to members of different social and cultural groups.

Farley expects the new track to launch with an enrollment of eight to 10 and grow from there. Connecticut native Amit Dhir, who earns his BSN from the School of Nursing this summer, will be joining that first class after spending a couple of months abroad on a research project evaluating HIV/AIDS intervention strategies in South Africa.

Dhir’s journey toward the program began while he was studying for a master’s in business administration. He landed an internship doing cash-flow reports at the Central Area Health Education Center, an HIV care facility in Hartford, CT with a focus on underserved patient populations. “I was there for six months, and I was just so amazed at the care the nurse practitioners were providing to their patients,” Dhir says.

One thing that appealed to Dhir is the new curriculum’s focus on multidisciplinary approaches and treating patients in a holistic manner that goes beyond traditional clinical care and reaches across the psychosocial spectrum of their lives. “Eventually, I want to work internationally, in places where they don’t have access to the medications that we do here,” he says. “I want to be a part of bringing to those places more access to the kind of normal lives that HIV-positive patients are living here in the West.”

That’s a quantifiable outcome that Farley plan on tracking — the jobs students land upon earning their degrees. He expresses hope that many will remain in the Baltimore-Washington area, since both cities rank in the top 10 in the country for the number of individuals with HIV and the number of new infections per year. But he is confident that wherever they land, they’re going to be ready to make a difference for patients and institutions alike. “Our students at Hopkins are, bar none, some of the best in the country,” Farley says. “They’re really poised to make a difference in this field, and we want to make sure that happens.”Excerpted from Johns Hopkins Nursing magazine

The Johns Hopkins School of Nursing is a global leader in nursing research, education, and scholarship. The School and its baccalaureate, master’s, PhD, and Doctor of Nursing Practice programs are recognized for excellence in educating nurses who set the highest standards for patient care and become innovative national and international leaders. Among U.S. nursing schools, the Hopkins Nursing graduate programs are ranked #1 by U.S. News & World Report. For more information, nursing.jhu.edu. 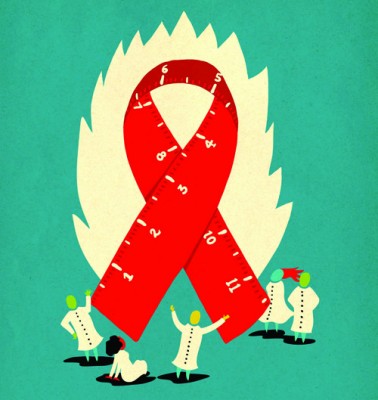 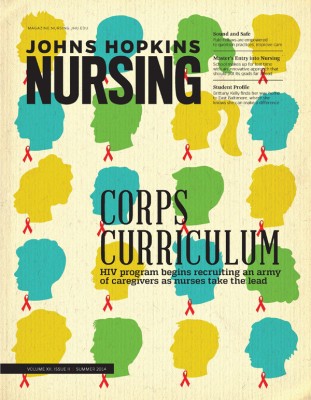 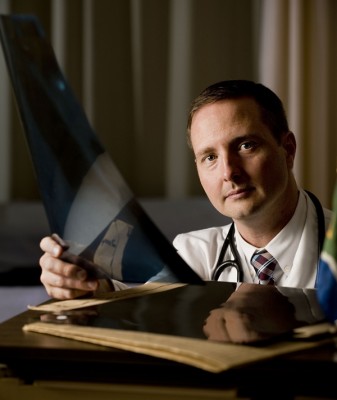