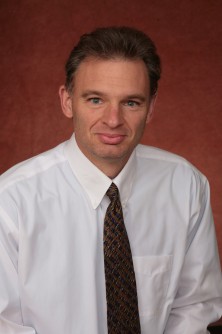 Newswise — TALLAHASSEE, Fla. — What causes some employees to focus on the future while others seem stuck in the past? How does this choice affect work, stress and interactions with others?

A new study of more than 600 employees in both blue- and white-collar professions, developed by Wayne Hochwarter, Jim Moran Professor of Business Administration in the Florida State University College of Business, and co-author Christopher Rosen of the University of Arkansas, compared individuals more prone to think about past transgressions at work to those focusing more directly on the future. It was published in the journal Organizational Behavior and Human Decision Processes, Vol. 124, 2014, pages 177-189.

Approximately 20 percent of surveyed employees could be considered “ruminators” while 40 percent were classified as “forward thinkers,” according to the researchers. The rest of those surveyed were a combination of both to varying degrees. Results indicated that ruminators reported a myriad of less desirable outcomes, including:

“It’s natural and expected for employees to look back at things at work to see what went right, what went wrong, and what can be improved upon,” Hochwarter said. “But at some point, both the good and bad need to be whisked away and the future needs to be the priority.”

Unfortunately, the “whisking away process” comes much easier for some than others, according to Rosen.

The researchers suggest several potential remedies to help those unable to let go of the past in healthy ways. First, they suggest employees give themselves a set amount of time to deliberate over the day’s event. Second, ruminators would benefit from developing relationships with fellow employees who were more forward-thinking than those with like-thinking patterns. Finally, even ruminators can pick one or two positive nuggets from any interaction with which to build upon the process of moving forward. Those positive nuggets should be the focus rather than what is causing grief or impacting work performance.

In the Workplace Featured: BizWire