Hope for coral recovery may depend on good parenting 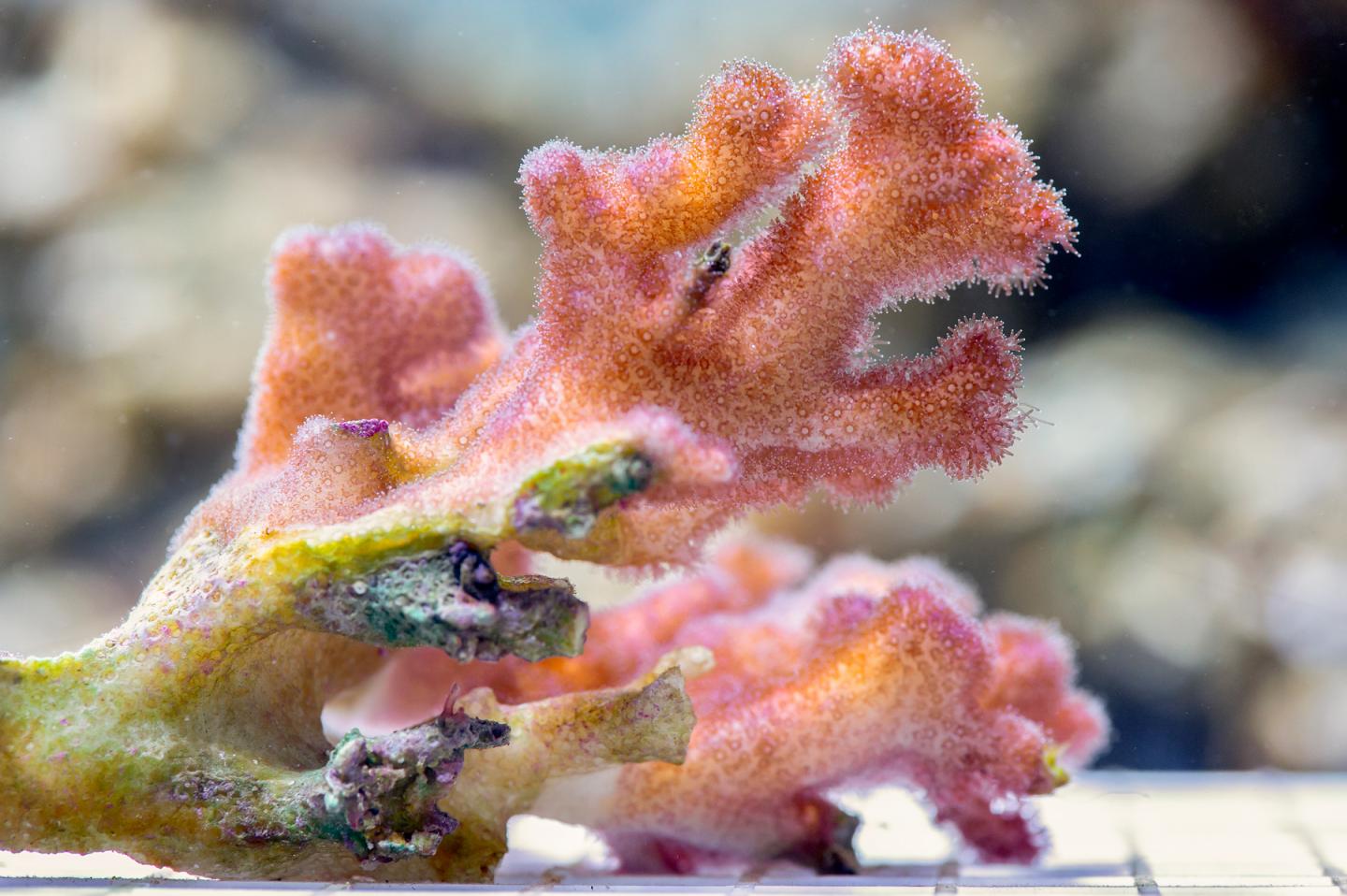 Scientists at the University of Southern California and the Australian Institute of Marine Science study reproduction of coral collected from Great Barrier Reef and the Pacific Ocean.

Newswise — The fate of the world's coral reefs could depend on how well the sea creatures equip their offspring to cope with global warming.

About half the world's coral has been lost due to warming seas that make their world hostile. Instead of vivid and floral, coral bleach pale as temperatures rise. This happens because the peculiar animal cohabitates with algae, which expel under stress. When that happens, coral lose their color and a life partner that sustains them, so they starve.

Yet, hope occurs in aquariums at the USC campus near downtown Los Angeles and at the Australian Institute of Marine Science. There, biologists study coral's unusual ability to shuffle their so-called symbionts -- the algae colonies inside their cells -- as a coping mechanism to potentially gain an advantage in a changing environment.

For the first time, the researchers have shown that adult coral can pass along this ability to shuffle their symbionts to their offspring. It's a process that occurs in addition to traditional DNA transfer, and it's never been seen before until scientists began captive breeding research in labs on both sides of the Pacific Ocean.

"What we're finding is that corals can pass their shuffled complement of algal partners, or symbionts, to their offspring to bestow a potential survival advantage, and that's a new discovery," said Carly Kenkel, an assistant professor of biology at the USC Dornsife College of Letters, Arts and Sciences. "We care about this because coral reefs do so much for us. A reef provides breakwater for storms, fish protein people need and biodiversity we love and find beautiful."

The findings appear in a research paper published today in Scientific Reports.

Scientists have known for a long time that coral and algae live in mutual harmony. The two creatures live as one: a soft-bodied polyp animal similar to a sea anemone or jellyfish and an algae living within its cells. The animal provides algae safety and substances for photosynthesis; the algae produce oxygen, help remove wastes and supply the coral with energy. Corals use the energy to make calcium carbonate, the rigid architecture that builds reefs, while the algae contribute to the creatures' jewel-tone hues that make coral spectacular.

They live amicably together until environmental stress disrupts the partnership. When this happens, some coral succumb whereas others are capable of shuffling their symbionts, favoring some algae over others depending on water conditions, competition or available nutrients.

"It's a messy divorce," Kenkel said.

Yet in this breakup, the kids could benefit. Kenkel wanted to understand if parent coral could pass along the reshuffled symbionts to its offspring. It's a tricky proposition because the algae exist independent of the cell nucleus and therefore are not part of the nuclear DNA transfer, parent to offspring, during reproduction.

Her curiosity took her to the Great Barrier Reef and Orpheus Island, off northeast Australia, where she joined scientists from James Cook University and the Australian Institute of Marine Science. The research team focused on a particular coral, Montipora digitata, which is common to the western Pacific Ocean and large swaths of the Great Barrier Reef.

The scientists focused on two consecutive spawning seasons: one under normal conditions during 2015 and the other during the global mass coral bleaching event of 2016. Using DNA sequencing, the scientists screened which corals showed potential to shuffle their symbionts and if the change was reflected in gametes. They found that the numbers and types of algal cells differed considerably from one year to the next, as measured in cell densities and photosynthesis output. It's a finding consistent with other research.

Montipora digitata coral can package algae in their eggs when they reproduce. In looking at the eggs between the two years, they discovered that rearrangements of the algae communities in the adults were also reflected in the coral's eggs, indicating that they could be passed down to offspring from the parents.

"To our knowledge, this is the first evidence that shuffled Symbiodiniaceae (symbiont) communities ... can be inherited by offspring and supports the hypothesis that shuffling in microbial communities may serve as a mechanism of rapid coral acclimation to changing environmental conditions," the study said.

The process is perhaps similar to how mitochondrial DNA works in humans. In that analog, the mitochondria -- an energy-producing unit inside the cell but outside the nucleus -- shares genetic material with offspring via the mother's egg. However, the researchers have not identified the mechanism for transfer in coral; they plan to answer that mystery in the next study.

The findings show coral may be more adaptable than thought, but is it enough?

Corals face an enormous challenge as ocean warming is increasing. According to a United Nations report, the world's coral reefs are at the epicenter for climate change impacts and species loss. If the world warms another 0.9 degrees Fahrenheit, which is likely, coral reefs will probably dwindle by 70% to 90%. A gain of 1.8 degrees, the report says, means 99% of the world's coral will be in trouble.

In some regions, the threat to coral is already severe. For example, as much as 80% of Caribbean Sea coral has been lost in the past three decades, according to the Smithsonian Institution.

"Corals have more mechanisms than we thought to deal with climate change, but they're fighting with a tiny sword against a foe that's like a tank," Kenkel said. "Their adaptability may not be enough. They need time so they can adapt."

The study authors are Kate M. Quigley at the Australian Institute of Marine Science in Australia; Bette L. Willis at James Cook University in Australia; and Kenkel at the USC Dornsife College.