Doctoral nursing student Lorenzo Nava earns Fulbright Scholarship, will look at how nations can grow wealthier without health concerns that can come with it 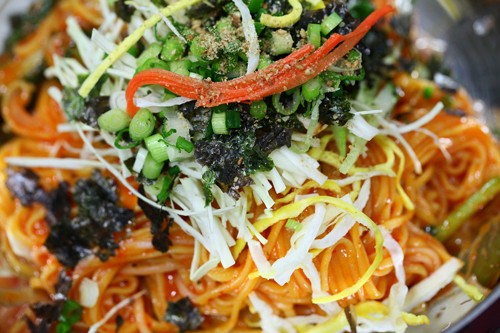 Newswise — Lorenzo Nava, a doctoral student at the Johns Hopkins School of Nursing, has earned a Fulbright Scholarship to study a startling spike in obesity in South Korea, a nation whose traditional cuisine is pointed to as a weight-loss miracle in parts of the West.

“South Korea has changed so quickly since the Korean War,” explains Nava, who is preparing his final defense for the Doctor of Nursing Practice Program at Hopkins. “It has changed from a developing nation into a very rich nation so fast.” Part of that change, he says, has included moving away from a diet that had kept the nation’s obesity and cardiovascular disease statistics among the lowest in the world. Out were plentiful vegetables and very little meat. In were Western-type foods – breads, sugars, more meats, and in larger portions. Success has gone to the nation’s waistline.

Nava sees South Korea as a harbinger of what could happen to other rapidly developing countries if nothing is done. “We want to find ways to help cultures thrive economically without the health consequences that can come along with it.”

After graduation, Nava will spend 10 months in South Korea working with Yeon-Hwan Park, PhD, RN, a professor at the Seoul National University College of Nursing, to make nuanced choices on which local communities to target and do assessments. “What could work here might not be the same for somewhere else,” he says, adding that communities across the globe will require similar subtlety. “The cultural aspect is very important.” Then he will seek ways to integrate and promote more healthful dietary choices. (He credits Associate Professor Hae-Ra Han, PhD, RN, of Hopkins for the connection.)

The project will be the second extended stay in South Korea for Nava, who spent two months there in 2009 on an immersive “critical language” fellowship. He had been studying at the time in Hawaii, where he picked up his interest in how traditional diets could affect the prospects for better cardiovascular care. A working knowledge of Korean will gain him only so much acceptance, Nava realizes, but he is eager for the challenge. Though the Fulbright means Nava can get to work there far more quickly, he insists the South Korea phenomenon is such a great opportunity for study that he’d have found his way to that nation somehow.

Still, he's extremely thankful. "I am very much aware that these accomplishments are not my own, but rather the cumulative effect of efforts put forth by family, friends, faculty, colleagues, and strangers," Nava says. "I don't see myself as an individual who has been awarded an opportunity, but rather a representative of those who have invested their time and energy in me, and I try to approach all things with that attitude."

Nava’s final DNP defense, on May 8, is titled “Diné Ch`iyáán: A nutrition curriculum to address metabolic syndrome in the Navajo.” He has spent the past two years on a Navajo reservation in the Southwest.

“Two things attracted me to the DNP at Hopkins: One, the amazing people who I knew would also be attracted to the program,” Nava explains. “Meeting and collaborating with these great minds has been very rewarding. Second was the emphasis on the practicality of what we would be doing.”

MoreMeet DNPs using big data to address bottom-line issuesDNP vs. PhD: Which one is for you?The impact of Hopkins DNPs across the globe