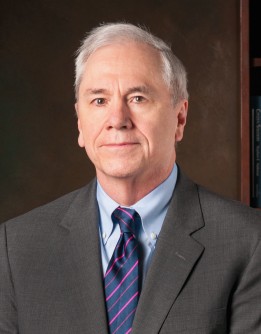 Newswise — For women with a rare subtype of epithelial ovarian or peritoneum cancer, known as low-grade serous carcinoma (LGSC), hormone maintenance therapy (HMT) may significantly improve survival, according to a new study from researchers at The University of Texas MD Anderson Cancer Center.

According to the researchers, LGSC accounts for just 10 percent of serous carcinomas of the ovary/peritoneum. It is typically diagnosed in women, as early as in their 40s and 50s (however, teenagers and women in their 20s and 30s also may be diagnosed). Patients usually present with advanced disease. MD Anderson has a long history of discovery in this field of rare ovarian cancer – publishing a study in 2004 that changed the way serous carcinomas were graded and thereby identifying LGSC. MD Anderson research also showed that LGSC is relatively chemo-resistant compared with high-grade serous carcinoma, said David M. Gershenson, M.D., professor, Gynecologic Oncology and Reproductive Medicine.

Should this new retrospective data be validated in a randomized study, the findings could one day represent a significant improvement to frontline standard of care.

“There is a true unmet need for these patients - roughly 70 percent of women with this disease will experience a recurrence of the cancer at some point,” said Gershenson, the study’s corresponding author. “Our group published research demonstrating that hormonal therapy showed promise in the recurrent setting, with most patients responding or having stable disease. It was a natural progression over time that we began to study this up front, after women received their primary chemotherapy.” In this retrospective cohort study, researchers analyzed data from 203 women with Stage II-IV LGSC treated at MD Anderson between 1981 and 2013 to evaluate the effect of HMT, compared with surveillance, after surgery and chemotherapy. Women who received HMT (70 patients) showed an average progression-free survival (PFS) of 64.9 months compared with 26.4 months for those in the surveillance group (133 patients). Overall survival (OS) was 115.7 months following HMT, versus 102.7 months for the surveillance group.
Further, among 149 women who showed no evidence of disease following completion of primary chemotherapy, HMT appears to have resulted in even greater survival: 81.1 vs. 30 months PFS; and 191.3 vs.106.8 months OS.

“Hormonal therapy has shown promising results in reducing cancer recurrence, and there is increasing interest in integrating this approach into first-line therapy,” said Gershenson. “If confirmatory research in a clinical trial setting shows hormonal maintenance therapy can prevent or delay recurrence of this cancer subtype, it would be practice changing.”

Though recruitment for this patient population is challenging given the rarity of the disease, Gershenson noted that a prospective international Phase III clinical trial has been designed. The study will compare: chemotherapy and observation; chemotherapy and HMT; and hormonal therapy alone, which also has shown early promise in other studies.

In addition to Gershenson, authors on the all-MD Anderson study include: Diane Bodurka, M.D., Robert L. Coleman, M.D., Karen H. Lu, M.D., chair; and Charlotte Sun, all of the Department of Gynecologic Oncology and Reproductive Medicine; and Anais Malpica, M.D., of Pathology. The study was supported by the Sara Brown Musselman Fund for Serous Ovarian Cancer Research and the MD Anderson Cancer Center Support Grant from the National Cancer Institute (No. P30 CA016672).