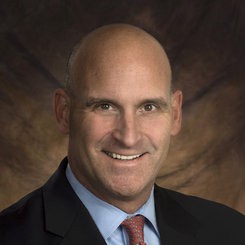 Newswise — New York, NY — April 2, 2014 - Todd J. Albert, M.D., Chairman of the Department of Orthopaedics and President of The Rothman Institute at Thomas Jefferson University Hospital in Philadelphia, has been selected as the new Surgeon-in-Chief and Medical Director of the leading orthopedic hospital in the country, Hospital for Special Surgery (HSS) in New York City.

In announcing Dr. Albert‘s appointment, Kendrick R. Wilson III and Dean R. O’Hare, co-Chairmen of the Board of Trustees at HSS said, " Dr. Albert‘s considerable experience as a clinician, his strong leadership skills and contributions and dedication to academic excellence will be tremendous assets as we prepare for the next phase of development as a world leader in musculoskeletal medicine."

In this position, Dr. Albert will lead the Hospital‘s medical staff and continue to shape the overall direction of musculoskeletal medicine at HSS. Dr. Albert, who is also the Richard H. Rothman Professor and Chairman of Orthopaedics at Jefferson Medical College, is a world renowned orthopedic spine surgeon who will continue to practice at Hospital for Special Surgery focusing on cervical spine surgery.

He succeeds Thomas P. Sculco, M.D., who has served as Surgeon-in-Chief since 2003 and is Korein-Wilson Professor of Orthopedic Surgery at HSS. Dr. Sculco will become Surgeon-in-Chief Emeritus and continue his clinical practice as one of the nation’s leading orthopedic surgeons specializing in hip and knee replacement.

This year-long search included highly accomplished candidates who were carefully vetted by a search committee including members of the Hospital Board of Trustees and medical staff. “As the nation’s best hospital in orthopedics it was important to find the right candidate with experience leading an academic, research and clinically focused institution with global influence, who also understood and embraced the unique culture of HSS that has led to outstanding patient satisfaction and high quality patient-centered care,” said Michael C. Brooks, chairman of the search committee.

“I am privileged to have the opportunity to work with a medical staff comprised of many of the best physicians in the world and practicing at an institution of the stature and reputation of HSS,” said Dr. Albert. “I look forward to working closely with all members of the hospital, and to bring my years of experience and leadership to add value to the institution.”

Dr. Albert graduated from University of Virginia School of Medicine and completed his residency in Orthopedic Surgery at Thomas Jefferson University Hospital where he was named outstanding chief resident, and performed a fellowship in spinal surgery at the Minnesota Spine Center.

Dr. Albert’s commitment to education extends to training residents. “Teaching is a vital component to ensuring continued excellence in the practice of orthopedics, and HSS has one of the most prestigious training programs in the country,” he said. HSS has a highly competitive orthopedic residency program. For the 2014-15 academic year, 660 medical school graduates applied for nine positions.

Dr. Albert serves on the boards of several scholarly journals and is Past President of The Cervical Spine Research Society and Past Chair of The International Meeting of Advanced Spinal Techniques (IMAST) for the Scoliosis Research Society. He is the author of seven books and more than 40 book chapters, and published 300 peer-reviewed and non-peer-reviewed articles.

Dr. Albert will officially begin his role as Surgeon-in-Chief and Medical Director of HSS on July 1.

He is the twelfth Surgeon-in-Chief at HSS. About Hospital for Special SurgeryFounded in 1863, Hospital for Special Surgery (HSS) is a world leader in orthopedics, rheumatology and rehabilitation. HSS is nationally ranked No. 1 in orthopedics, No. 4 in rheumatology, and No. 5 in geriatrics by U.S.News & World Report (2013-14), and is the first hospital in New York State to receive Magnet Recognition for Excellence in Nursing Service from the American Nurses Credentialing Center three consecutive times. HSS has one of the lowest infection rates in the country. From 2007 to 2012, HSS has been a recipient of the HealthGrades Joint Replacement Excellence Award. HSS is a member of the NewYork-Presbyterian Healthcare System and an affiliate of Weill Cornell Medical College and as such all Hospital for Special Surgery medical staff are faculty of Weill Cornell. The hospital's research division is internationally recognized as a leader in the investigation of musculoskeletal and autoimmune diseases. Hospital for Special Surgery is located in New York City and online at www.hss.edu.